James Fetzer is an odious, obnoxious man. I met him via JFK assassination discussions and found him knowledgable about certain facts but rather unhinged. He thrived on picking fights. He impugned me as a CIA collaborator who was hiding the truth about deceased undercover operative George Joannides. I reminded him that the allegation was stupid because, if it wasn’t for my reporting, he wouldn’t know anything about Joannides.

I’m happy to report that the courts have punished Fetzer for his vile conspiracy theories about the Sandy Hook school shooting.

The focus of the Wisconsin lawsuit was a 455-page book, titled “Nobody Died at Sandy Hook: It Was a FEMA Drill to Promote Gun Control,” which claimed the massacre at Sandy Hook was staged by the federal government to promote tighter gun control measures. Among other things, the book claimed that the school had been abandoned years before a gunman killed 20 first graders and six staff members. 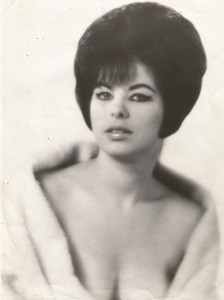 Jefferson Morley August 2, 2019
Who says new JFK witnesses can’t be found?
After JFK Facts recounted Jack Ruby’s pursuit of an exotic dancer named Gail Raven in January 1963, I received a message from a woman who identified herself as Raven’s daughter. She told me that her mother was still alive, and she confirmed that her mother and Jack Ruby were close. I asked her if her mother would share her memories of the man who killed accused assassin Lee H. Oswald. She said yes.
In 1963 Gail Raven was the stage name of a precociously mature 20-year-old woman who danced on the national nightclub circuit that included Ruby’s Carousel Club in Dallas. Ruby (born Jack Rubenstein) was a Chicago tough guy who took a shine to her, and they became friends.

He did not take Viagra, but his friend bought Viagra for a year in advance.

Now close to 70 years old, Gail Raven is living in the southern United States. I have confirmed her real name but have agreed not to publish it here to protect her privacy.
…

The most complete version of the Air Force One radio transmissions made on the day President John F. Kennedy was killed 50 years ago were aired publicly for the first time today [at a JFK assassination conference at Duquesne University. 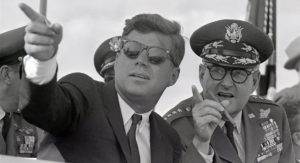 Last month, the American Truth and Reconciliation Committee issued an open letter call for re-opening four of the most painful incidents in American history. Now you can now add your call to the call at the Committee’s web site: Americantruthnow.org.

A group of over 60 prominent citizens aims to convene an American Truth and Reconciliation Committee to bring out the facts of the four major assassinations that changed the course of the country and the world—those of President John F. Kennedy, Malcolm X, Martin Luther King, Jr., and Senator Robert F. Kennedy.  ​           A multi-part action plan has been set in motion, including a petition to Congress and a pubic inquest. 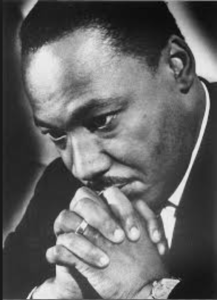 Check in with me here next Monday, January 21, Martin Luther King Day. I’m proud to be joining with lots of other people in the unveiling a major petition effort signed by more than 50 prominent American citizens. The joint statement is aimed at moving Congress to investigate deeply troubling, long-buried chapters in American history. After reading the statement, you’ll be able to join this important campaign by adding your name to the petition.

The president also said he doesn’t “regret” suggesting Cruz’s father was involved in the assassination effort of President John F. Kennedy, which was among his more controversial statements regarding the Texas senator as they both vied for the GOP presidential nomination.

What does the CIA want to hide most about the JFK story?

Now you can add another name to the list: Secretary of State John Kerry.

“We felt very strongly that there were two governments in the United States: one in the civics texts and the other in the real world,” Mr. Wise told the New York Times in 1988. “We thought the intelligence agencies were important to our security. But we were troubled about a system based on the consent of the governed when the governed didn’t know to what they have consented.”

Today’s political turmoil can be traced to Kennedy assassination

Despite all the modern tools of investigation and communication, the Kennedy years remain cloaked in somewhat of a self-serving narrative