Former CIA station chief Rolf Mowatt-Larssen addresses a conference of JFK researchers in Dallas in November 2019. (Credit: Jefferson Morley) [ICYMI: Part I: A veteran CIA officer analyzes the death of a president.] “Why am I doing this?” Rolf Mowatt-Larssen asked the audience at the Coalition Against Political Assassinations’ conference in Dallas. “As

Former CIA station chief Rolf-Mowatt-Larssen addressed a conference of JFK researchers in Dallas in November 2019. (Credit: Jefferson Morley) (This article, titled “Under CIA Eyes,” first appeared in Counterpunch, Vol. 25 published in January 2020.). “I was struck by the intimacy and the smallness of the whole surroundings,” said retired CIA officer Rolf

The CIA now has until December 15, 2021 to produce the last of its JFK assassination files. As I told the Washington Post, I suspect this second delay in the legally-mandated release of the files is a “ruse.” I hope the CIA proves me wrong. In any case, we will learn more about the 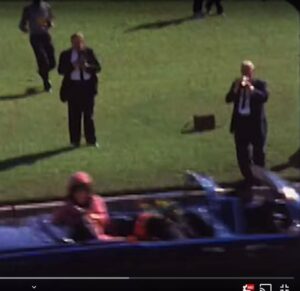 This excellent video comes from the Sixth Floor Museum in Dallas. Rivera, a veteran TV correspondent, made history when he broadcast Abraham Zapruder’s home movie of JFK’s assassination on national television for the first time in March 1975. Rivera reveals he took a big risk personally.