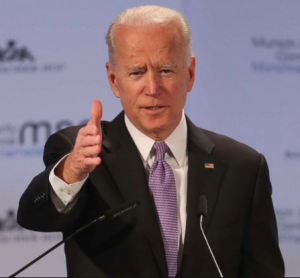 Why Did the CIA Reclassify Parts of Some JFK Files in 2018?

The Central Intelligence Agency reclassified portions of once-public JFK assassination files in April 2018, according to a study by the Mary Ferrell Foundation, the largest online archive of government files on JFK’s assassination.

Is this CIA incompetence? Or CIA trickery?

Why Did the CIA Reclassify Parts of Some JFK Files in 2018?Read More »

The Public Interest Declassificaton Board is an office within the National Archives that was created by Congress to advise the president on secrecy and declassification issue. The PIDB is supposed to act as a counterweight to secret government agencies. It doesn’t have much real power but it does constitute a presence that other agencies have to take into account.

And its members have written a letter to President BIden about the last of the JFK assassination files.

Oliver Stone on Trump and JFK

Oliver Stone on the still-secret JFK files that are supposed to be released in October 2021:

Stone believes that no US president since Kennedy died has been “able to go up against this militarised sector of our economy”. Even Trump “backed down at the last second” and declined to release all the relevant documents relating to the assassination. “He announced, ‘I’m going to free it up, blah blah blah, big talk, and then a few hours before, he caved to CIA National Security again.”

Stone is absolutely correct on this point. Read here.

Source: Oliver Stone interview: ‘There’s still a presence out there reminding people not to speak about JFK’s killing’ | The Independent

What is the JFK end game?

Q. How do we define and effect justice for JFK and the untold millions of collaterally damaged victims of the Dealey Plaza attack? What is to be gained by the seemingly endless search for proof of conspiracy that in fact we have long possessed in abundance? Have we learned so little from our decades of labor in the morass of deep event studies that we continue to petition the deep state for relief from the oppression for which it is responsible?

What is the JFK end game?Read More »

“The air … is pungently fragrant with protest, agitation, and citizen pushback…”

A reader responds about Gina Haspel, the would-be CIA director. …

“The air … is pungently fragrant with protest, agitation, and citizen pushback…”Read More »

A timely data-rich report on the last of the goverrnment’s secret JFK files from Jimmy Falls at WhoWhatWhy.

This issue here is not “conspiracy.” The question is transparency, specifically, will the letter and the spirit of the JFK Records Act be enforced in time for President Trump’s April 28, 2018 full disclosure deadline?

“The National Archives’ commendable efforts to make the new records available online notwithstanding, overall the release process has been disappointing and disheartening,” Rex Bradford — president of the Mary Ferrell Foundation, which hosts one of the premiere sites for searchable, online JFK documents — told WhoWhatWhy.

A reporter from Time magazine asked me this week if I thought the Trump administration would be amenable to full JFK disclosure in October 2017. I said, “Just maybe.”

Some caveats are necessary. We really don’t have much idea how the Trump presidency is going to work, at least not compared to any recent president.  Trump himself doesn’t seem to have a clear plan, and on relevant policy issues, like governmental secrecy, he has no fixed policy positions.

The political reality is this: If Trump wants to be seen as the president who ended government’s ongoing, fifty three year old cover-up of relevant JFK files, he has a golden opportunity.

What will President Trump do come October 26, 2017 when all of the government’s remaining JFK files are due, by law, to be made public?

The JFK question for the 2016 election

Here’s a question for the presidential contenders of 2016: Will each candidate “declare, unequivocally, his or her intention to release the remaining JFK assassinations records in 2017.”

The JFK question for the 2016 electionRead More » 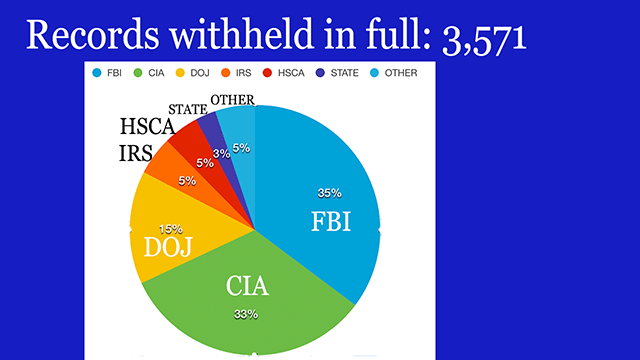 The “Secret Service Man Did It” theory is comic in its macabre ludicrousness. It would not be worthy of discussion, except that Bill James and Malcolm Gladwell, and now the Huffington Post, have taken it seriously.

“JFK Second Shooter? New Documentary Makes Radical Claim,” the liberal site reported. The article quotes a couple of cable TV documentarians from the Reelz Channel insinuating, without evidence, that a Secret Service agent killed Kennedy. There is no comment from any historian or journalist who actually knows the record of JFK’s assassination. To date, more than 3,000 people have “liked” the HP story. I have submitted a correction without hope that it will ever be acknowledged.

I could blame Gladwell for this sorry display of public ignorance, but let’s stick to the facts: …

JFK on secrecy: ‘the dangers of excessive and unwarranted concealment of pertinent facts’

“…The very word ‘secrecy’ is repugnant in a free and open society; and we are as a people inherently and historically opposed to secret societies, to secret oaths and to secret proceedings. We decided long ago that the dangers of excessive and unwarranted concealment of pertinent facts far outweighed the dangers which are cited to justify it….And there is very grave danger that an announced need for increased security will be seized upon by those anxious to expand its meaning to the very limits of official censorship and concealment….”