A question about the grassy knoll

People keep putting stock into people who said the shot came from the knoll. Yeah I know those days were chaotic they might’ve thought it came from the mall but I look at it in the context of 911. There were there were reports that there was a sniper at the Lincoln Memorial, bomb exploded outside the state department all witness accounts turned out to be totally ridiculous. I think the silence is probably shot came from behind. What’s your response?

A question about the grassy knollRead More » 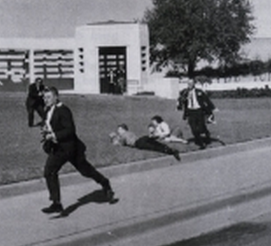 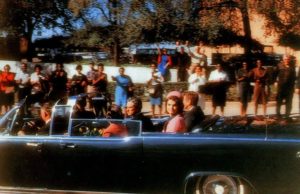 JFK Facts Podcast: How to watch ‘JFK Declassified’ and retain your sanity

This week Alan and I pick up where we left off in our ongoing discussion about Bob Baer and History Channel’s six-part docu-series, “JFK Declassified.” …

JFK Facts Podcast: How to watch ‘JFK Declassified’ and retain your sanityRead More »

How the testimony of a JFK witness was distorted

Her name was Mary Woodward Pillsworth and her obituary displayed the impulse of denial. Millicent Cranor reports in WhoWhatWhy.

A beginners guide to the gunfire in Dealey Plaza

The JFK assassination story can be confusing. There are a vast array of conflicting theories, many of them bogus, stupid, preposterous, or baseless (like the one voiced by the man who will be president). Others are more plausible.

Even on the narrowest of factual questions–where did the first shot hit?–readers have to choose between Max Holland’s theory, Pat Speer’s rebuttal, or Dale Myer’s attack. And that’s just in the past month.

Readers who are new to the JFK assassination story (and those who aren’t) may want a dispassionate presentation of the evidence about the fatal gunfire before they decide what they think. If so, read on.
…

A beginners guide to the gunfire in Dealey PlazaRead More »

Dallas police chief Jesse Curry on the origin of the shots

The view from the Triple Underpass

On November 22, 1963, railroad worker S.M. Holland was watching the presidential motorcade approach Dealey Plaza from a perch on top of a bridge known as The Triple Underpass.

The view from the Triple UnderpassRead More »

How many Dealey Plaza witnesses said they heard shots from multiple locations? 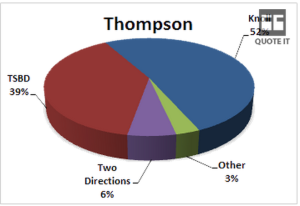 “How many witnesses [of the assassination of President John F. Kennedy] said they heard shots from multiple locations?”

There are couple of different ways to answer that question.

How many Dealey Plaza witnesses said they heard shots from multiple locations?Read More »

Motorcade witness: Malcolm Kilduff on announcing the death of JFK

Malcom Kilduff was the man who made the official announcement to the world that President Kennedy had been assassinated in Dallas,Texas. …