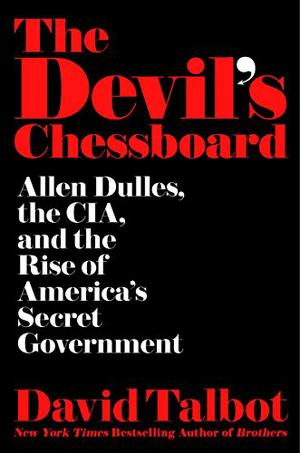 From a starred notice in Kirkus Review.

This excellent book, which I am now reading, takes a harder look at the American establishment in the postwar era, linking the rise of Allen Dulles and the CIA to the national security state we now have, and places the assassination of President Kennedy in a new and deeply informed context.

The book will be published this month. You can pre-order ‘The Devil’s Chessboard’ here.