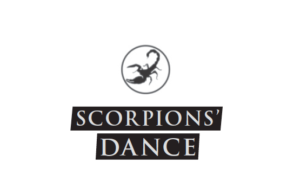 CIA Continues to Conceal JFK Assassination Files. But Here’s What We Do Know

As I wrote in today’s Miami Herald…..

But when the Biden White House announced late in the evening of Oct. 22 that the last of the JFK documents would not be released until December 2022 at the earliest, I began to rethink my caution

Dylan on the Grassy Knoll: A Defense

I published this piece today, the 58th anniversary of President Kennedy’s assassination.

Dylan urges us to recognize that November 22, like December 7, was an attack on the American nation. And if that claim makes you uneasy—if you want to believe the reassuring official story that Kennedy was killed by one man alone for no reason—he has achieved his purpose.

Source: What Bob Dylan Does—Or Doesn’t—Know About the Assassination of JFK ‹ Literary Hub

Four Points About Biden’s Decision on the JFK Files

Thanks for making yourself accessible.  I’m just wondering if you have any thoughts on Biden following Trump and continuing to withhold classification?  Stay well and all the best.

Thanks Peter. The only good news in President Biden’s October 22 letter is the announcement that the National Archives plans to digitize the entire JFK collection, which is welcome and overdue. In the digital age, the Mary Ferrell Foundation says the full record of JFK’s assassination should be available to anybody anywhere.

Otherwise, I have four observations for the press and the interested public on the 58th anniversary of JFK’s death.

Four Points About Biden’s Decision on the JFK FilesRead More »

Putting the JFK Story in Context for The Alarmist

I got a nice from The Alarmist after we had this conversation last week:

Putting the JFK Story in Context for The AlarmistRead More »

Rex Bradford, Electronic Archivist, on Biden and the Last of the JFK Files

Rex Bradford, founder of the Mary Ferrell Foundation explains how he built built the largest online archive of JFK files.

For some reason, retired private investigator Josiah Thompson is known to all his friends as Tink. He enjoys a unique historical distinction. Besides Dino Brugioni, chief of the CIA’s National Photographic Intelligence Center in 1963, Tink Thompson was the first person to forensically analyze the film of President Kennedy’s assassination taken by spectator Abraham Zapruder. This was an investigative breakthrough at the time.

Ricardo Morales, the Miami man who told his son he met accused presidential assassin Lee Harvey Oswald in a CIA training camp, was considered a credible source by the Agency and FBI. His heavily-redacted 130-page CIA personnel file, is found among the JFK assassination records whose release was postponed by the White House on October 22.

RIP Mort Sahl: Comedian and Warren Commission Critic Ahead of its Time

RIP Mort Sahl: Comedian and Warren Commission Critic Ahead of its TimeRead More »

“The very word ‘secrecy’ is repugnant in a free and open society; and we are as a people inherently and historically opposed to secret societies, to secret oaths and to secret proceedings. We decided long ago that the dangers of excessive and u warranted concealment of pertinent facts far outweighed the dangers which are cited to justify it.” — President John F. Kennedy April 27, 1961.