Mike Kilroy, communications executive in Los Angeles, has some interesting things to say about the JFK assassination story and the art of public relations. In a presentation to a group of young professionals in the communications industry, Kilroy dissected how the story that President Kennedy had been killed by a pro-Castro communist was disseminated on November 22, 1963. It’s a story of perception management.

You can read Kilroy’s presentation here.

Last month the New York Times published a letter that seriously misstated the JFK medical evidence. Harris Meyer, senior report for Modern Healthcare, called out the Times with a call for a correction. Meyer’s letter contains important information that Dennis Breo, the author of the letter (and the newspaper of record) chose to omit, perhaps because the information calls into question Breo’s reporting on the subject.

Here’s Breo’s letter, “Mysteries, Solved and Unsolved,” in which he claims that he and the Journal of the American Medical Association (JAMA) had definitely resolved questions about JFK’s autopsy in 1992

END_OF_DOCUMENT_TOKEN_TO_BE_REPLACED

Motorcade 63 is a nifty piece of JFK research from programmer Mark Tyler.

Tyler has reconstructed the passage of the President Kennedy’s motorcade through Dealey Plaza on November 22, 1963 by combining photographic and eyewitness evidence. He explains his transparent methodology and his conclusions here.

In a note to researchers Tyler says this:

END_OF_DOCUMENT_TOKEN_TO_BE_REPLACED

Raven Rock and the presidential succession of 1963 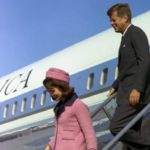 Dan Alcorn illuminates an underappreciated aspect of November 22, 1963. President Kennedy and his government had been preparing for a succession emergency for some time.

I was a middle-aged JFK lone-nutter (briefly)

Honest recollections from Vince Palamara, the Secret Service researcher extraordinaire. He bought the official JFK story for a while. Nothing wrong with that.  Millions did. Then he took a closer look and changed his mind. I like his candor about how it happened. He writes:

END_OF_DOCUMENT_TOKEN_TO_BE_REPLACED

The other day I talked about my book THE GHOST with Keenan Duffey, host the Thrill Is Gone podcast, about espionage, real and fictional.

I Explain the JFK Story to Canadian TV

This 2017 Canadian Broadcasting Company show is a good example of how foreign news outlets have covered the JFK assassination story with more care, depth, and balance than American news organizations.

This interview enabled me to explain the current relevance of my research fully. A friend pointed out that its been seen by more than 2 million people. h/t Chris)

If you like me, check out my blog The Deep State, which covers secret intelligence agencies worldwide. 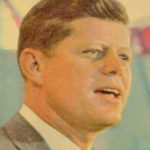 James Fetzer is an odious, obnoxious man. I met him via JFK assassination discussions and found him knowledgable about certain facts but rather unhinged. He thrived on picking fights. He impugned me as a CIA collaborator who was hiding the truth about deceased undercover operative George Joannides. I reminded him that the allegation was stupid because, if it wasn’t for my reporting, he wouldn’t know anything about Joannides.

I’m happy to report that the courts have punished Fetzer for his vile conspiracy theories about the Sandy Hook school shooting.

The focus of the Wisconsin lawsuit was a 455-page book, titled “Nobody Died at Sandy Hook: It Was a FEMA Drill to Promote Gun Control,” which claimed the massacre at Sandy Hook was staged by the federal government to promote tighter gun control measures. Among other things, the book claimed that the school had been abandoned years before a gunman killed 20 first graders and six staff members.

END_OF_DOCUMENT_TOKEN_TO_BE_REPLACED

Seven Years Ago, We Launched a Blog Called JFK Facts. These Are 29 New Facts We Found

In the fall of 2012 my friend Rex Bradford and I bought the domain name “jfkfacts.org” and launched this web site. This post is about what we have learned since then.

END_OF_DOCUMENT_TOKEN_TO_BE_REPLACED

“I want the truth to come out. The truth needs to come out,” Rep. Walter Jones told McClatchy’s Washington Bureau in October 2017.