The Spybrary reviews ‘The Ghost’

The Spybrary podcast, which covers espionage fact and fiction, notes that the facts of James Angleton’s CIA empire far exceed how his career is depicted in spy fictions like William F. Buckley’s novel Spy Time and Robert DeNiro’s movie, The Good Shepherd.

“Whatever you think you know about Angleton, I guarantee there’s something in THE GHOST that will surprise you.”

Talking about THE GHOST in Boston

I’ll be talking at Boston University on Monday evening, December 4, about CIA spymaster James Angleton, founding father of the Deep State. The event is free and open to the public.

I’ll sketch what the new JFK files tell us about Angleton’s role in the events of 1963. I’ll bring to life one of the most powerful unelected officials ever to serve in the U.S. government. And I’ll sell you a book if you want to know more.

Talking about THE GHOST in BostonRead More »

Espionage in the gay milieu of mid-20th century Washington

From my new piece in the U.K. Telegraph, a look at the gay milieu of Washington as the Cold War spy games played out:

Espionage in the gay milieu of mid-20th century WashingtonRead More »

Top 3 questions I get on book tour

1) Was Angleton the mole? 2) Who killed JFK? 3) What’s the deal with Trump & the Deep State? I’m talking about all this, plus the Mossad and MKULTRA. In other words, I’m talking about THE GHOST, today Saturday Dec. 2 at 3;30 PM, at Politics & Prose,5015 Connecticut Ave NW in Washington

Angleton and the surveillance of Oswald

Last Sunday I talked about THE GHOST with Peter Slen, host of CSPAN’s Book TV program. …

Angleton and the surveillance of OswaldRead More »

‘Angleton controlled the Oswald file as part of the mole hunt’

My conversation with Sharon Weinberger, editor of Foreign Policy.

THE GHOST at the Miami Book Fair

I’ll be appearing at the Miami Book Fair on Sunday, November 19, at 12:30 pm with Nicholas Reynolds, the author of a new book on Ernest Hemingway’s career as a spy. It should be fascinating.

THE GHOST at the Miami Book FairRead More »

Oliver Stone on the JFK files: ‘Trump got rolled’ by ‘Deep State’ 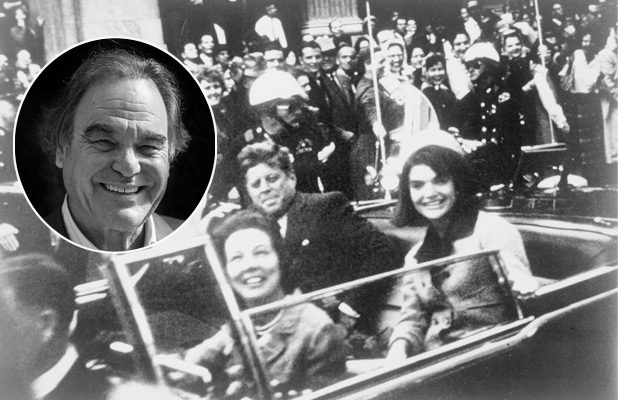 Many people have asked me about my reaction to this release, and I’ve gleaned what I can from a very complicated release.

I’ll be talking about what we now know about James Angleton’s role in the events of 1963 on Friday, November 17, at 4 pm CT, at the  2017 JFK Lancer November In Dallas Conference.

WhoWhatWhy has the good news about the new JFK files. It’s confusing but… …

The goy and the golem: James Angleton and the rise of Israel

om a review in Mondoweiss

“Angleton was was a leading architect of America’s strategic relationship with Israel that endures and dominates the region to this day,” Jefferson Morley writes in The Ghost: The Secret Life of CIA Spymaster James Jesus Angleton.  More than any other man, the longtime chief of U.S. counterintelligence made possible Israel’s shift “from an embattled settler state into a strategic ally  of the world’s greatest superpower.”

Source: The goy and the golem: James Angleton and the rise of Israel

Michael Scott and I will talk about THE GHOST and the consequential friendship of James Angleton and Win Scott, Michael’s father, at Chevalier’s Books in  Los Angeles on Tuesday, Nov. 14 at 7 pm. …

In Angleton, he has a character beyond the imagination of John LeCarré, perhaps even of Patricia Highsmith.

Some of the best reporting on the new JFK files is coming from USA Today.
In today’s story, the national daily notes an essential newsworthy fact revealed in the newly declassified records.

Within hours of the assassination of President John F. Kennedy, the CIA started to distance itself from any connection to suspected assassin Lee Harvey Oswald, recently released secret records from the National Archives show.