The efficient miracle of crowdsourcing has answered my question: who was running covert operations in the CIA’s Mexico City station in 1963?

First, one reader found a less redacted version of the document, revealing the person in question was an “Asst.” with 14 characters in his/her name. Speculation ran to a CIA officer name Gunnar Beckman.

Then another reader found an even less redacted version of the same document, which confirmed the speculation.

Beckman, whose name was unknown to me, was a former journalist turned spook. He was never interviewed by JFK investigators, as far I know, which is odd. He might have been able to shed light on the actions of David Phillips around Oswald’s visit. 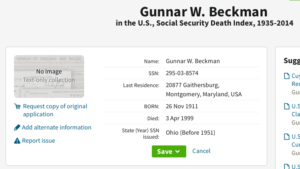