Addicts of espionage and scholars of mayhem will be pleased.

So will advocates of open government and defenders of digital freedom

The CIA’s long restricted CREST database is going to go online, thanks to a lawsuit.

MuckRock actually sued the Agency with the help of Kel McClanahan of National Security Counselors. …. Thanks to the combined (but uncoordinated) efforts of myself and MuckRock, these files will soon be available.

Michael Best estimates CREST might be online by February 2017. Not before the Election Day alas.

I’m a CREST addict, myself

CREST is the search tool the agency uses to search the unclassified material in its possession. A poorly kept secret, CREST has been publicly available for many years, but only on four terminals in one location: the National Archives II facility in College Park, Maryland, USA.

Authors, students, scholars, and journalists rely on it. When I started writing a biography of CIA spymaster James Angleton, the first thing I did was a CREST search. The results were spectacular.

Moral of the story

Technological savvy and litigious advocacy forced a secretive agency to do something it would have preferred not do.

MuckRock actually sued the Agency with the help of Kel McClanahan of National Security Counselors. The Agency said it would take 28 years to process the files. After some more legal pressure from Mr. McClanahan, the Agency reduced their estimate to six years. This was still too long, … Thanks to the combined (but uncoordinated) efforts of myself and MuckRock, these files will soon be available. 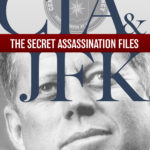