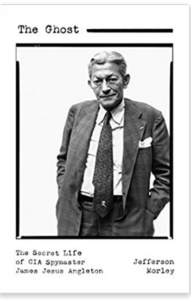 “Morley uses all his wits and journalist’s skills (and the substantial knowledge from his excellent biography of Mexico City CIA Chief Winston Scott) and gets probably as close as one can get to the make-up of this “neurotic maniac.””