The National Archives servers are crashing, making it very difficult to download the new JFK assassination files from the NARA site.

If you have succeeded in downloading any of the zipped files, please send a copy of the entire batch to editor@jfkfacts.org.

I am getting calls from the national news organizations and would like to respond knowledgably.
…

How exactly can I start downloading these files and reading them? Are the files themselves online for us to download and read without payng and ordering them from the National Archives?

How can I access the new JFK files?Read More »

The National Archives has begun the long-awaited release of JFK Assassination Records.

I will start writing about these records as soon as I have reviewed them. I welcome your thoughts and suggestions.  You can download the documents now. Please send me anything you think is his historically significant or interesting, whether or not it directly relates to JFK’s assassination.

What’s in these documents? I summarize what is know in a recent article for Newsweek: “Donald Trump and the Kennedy Assassination: America’s Most Powerful Conspiracy Theorist Will Decide Fate of Secret JFK Trove.”

What we know about the coming JFK records release

‘Props to the editors and management of Newsweek’

Reader Russ on my Newsweek piece (written with Rex Bradford) about President Trump and the trove of JFK records to be released in October. …

‘Props to the editors and management of Newsweek’Read More »

He’s called global warming a hoax, suggested that Barack Obama was not an American and linked autism to childhood vaccinations. And soon, President Donald Trump, America’s most powerful conspiracy theorist, will decide the fate of more than 113,000 pages of secret documents about the ultimate conspiracy theory: the assassination of President John F. Kennedy on Nov. 22, 1963.

Source: The Conspiracy Theorist-in-Chief Will Decide the Fate of Secret Documents on JFK’s Assassination | Alternet 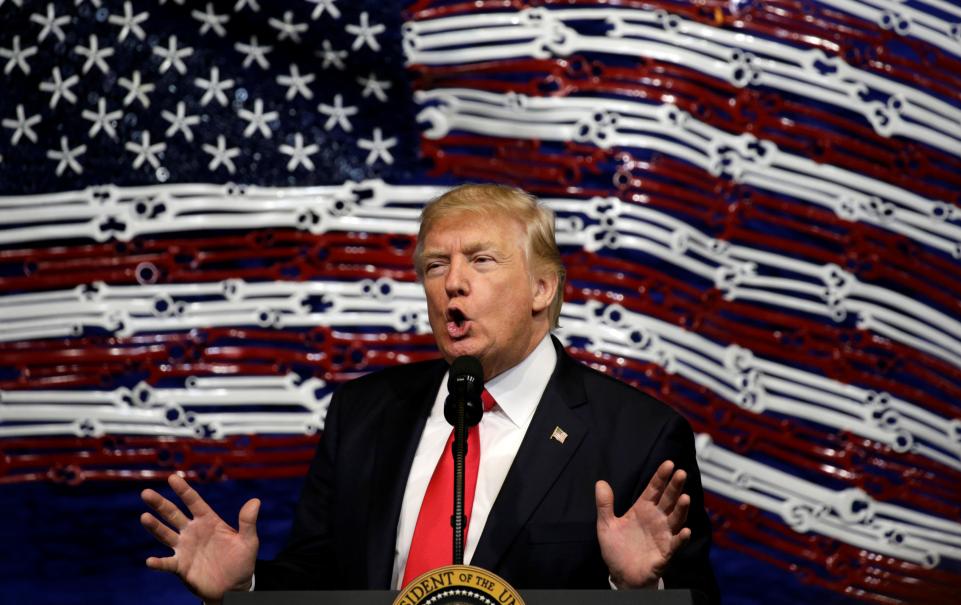 At a Washington press conference Thursday, Judge John Tunheim called for the release of all the government’s files on the assassination of President John F. Kennedy later this year.

“It’s time to release them all,” Tunheim said. “There’s no real reason to protect this information.”

Some 3,500 JFK documents remain secret, according to the National Archives data base,

What JFK records are most pertinent to the case?

“Having perused your website, I know that there are approximately 3,600 records that are still classified, 1,110 of which are CIA related. I realize there is a volume associated with these records, could you give me summary of the records that may be the most pertinent to the case? What influence over the release of these records will the new President have?”

The president can have a lot of influence over JFK records. Read about that here.

Whatever the contested legitimacy of the Trump presidency, the White House needs to make a decision on JFK secrecy within the year.

In JFK’s day this was regarded, by men and women alike, as inevitable, permissible, and no one’s business, at least among wealthy white males. Kennedy came to the White House in 1960 exercising the droit de seigneur of the French aristocratic court. The king could have any woman he pleased and she should be pleased to be gotten. We can be sure that JFK spoke often of grabbing them by the you know what. …

Martha Murphy of the National Archives explains the JFK Records Act and the Archives’ plans for declassifying and releasing long secret assassination-related documents held by the U.S. government in October 2017.

Should JFK records stay secret after 2017?

Source: Continued Secrecy in the JFK Assassination? – The Future of Freedom Foundation

What would President Trump do about JFK records?

Once again Donald Trump is frazzling the custodians of civil discourse. His use of an unfounded JFK conspiracy theory to jab now-defeated rival Ted Cruz is much lamented on the internet. Trump’s “pants are on fire.” Trump “refuses to apologize.” Trump is peddling “tabloid garbage.”

Which is all pretty much true. As JFK Facts said first–and a good USA Today story confirms–there is no factual or historical basis for the claim Trump is repeating. …

What would President Trump do about JFK records?Read More »