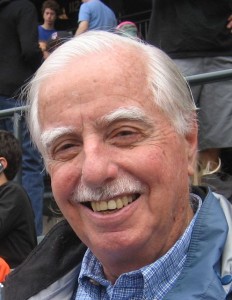 20) ‘I was naive:’ Q&A with Howard Willens, Warren Commission defender

Vincent Dowd speaks to three men who worked on the report, now in their 80s – Burt Griffin, Sam Stern and Howard P.Willens – who now openly consider its merits and whether it uncovered the truth.

What the American Scholar never learned about JFK

In responding to an article by Warren Commission staffers Howard Willens and Richard in The American Scholar, Gary Aguilar and Cyril Wecht make a point that defenders of the Warren Commission cannot refute–and therefore rarely address–because it is undeniably true.

What the American Scholar never learned about JFKRead More »

Is ‘The Truth About Dallas’ credible?

As the JFK critical literature continues to grow, we would like to lay out one last time how we arrived at our conclusions, and why we are as confident as ever about what happened during those fateful days in Texas.

With those words, former Warren Commission staffers Howard Willens and Richard Mosk restated the case for why Americans should believe the official theory of JFK’s death.

I invite readers to comment on the findings of Willens and Mosk (which appear in the summer issue of the American Scholar) and why young people should believe them or not.

Is ‘The Truth About Dallas’ credible?Read More »

Howard Willens writes via email to correct a couple of mistakes in my Nov. 12 post, “Howard Willens weighs in on RFK’s suspicions of conspiracy.”  Let me quote him in full.

Howard Willens weighs in on RFK’s suspicions of conspiracy

Howard Willens, former Warren Commission staffer, has responded to Philip Shenon’s article in Politico about Attorney General Robert Kennedy being a “conspiracy theorist” and my post, “Why RFK refused to swear there was no conspiracy.”

In a new post at HowardWillens.com, Willens says the dispute should be broken down into three questions:

Howard Willens weighs in on RFK’s suspicions of conspiracyRead More »

Why RFK refused to swear there was no JFK conspiracy

Politico addresses a question too long ignored by the Washington press corps: Did Robert Kennedy refuse to provide the Warren Commission with a sworn statement about the causes of his brother’s murder?

Why RFK refused to swear there was no JFK conspiracyRead More »

In an exclusive interview with JFK Facts, Willens talks about his naivete about the CIA, what he thinks of Mark Lane, and how history will view the Warren Commission.

Howard Willens, a former Warren Commission staffer, acknowledged in a an email interview with JFK Facts that deputy CIA director Richard Helms was “not truthful” with the Commission and there is “no doubt” that counterintelligence chief James Angleton did not cooperate with the inquiry into JFK’s assassination.

While vigorously defending the Commission’s conclusions, Willens admitted he was naive about the CIA. Asked about a passage in his journal from March 1964 in which he wrote that senior CIA officials “did not have an axe to grind” in the commission’s investigation, Willens acknowledged “my comments about the CIA were naive to say the least.”

Nobody else does it like JFK Facts. We provide original, credible, fact-based reporting on the JFK assassination story, day in and day out. And we depend on readers to keep up the fight.

Thoughts on the Willens defense of the Warren Commission

I want to  thank Howard Willens for his willingness to answer questions from JFK Facts. Like most Americans, I cannot share his certitude about the Commission’s findings, and I find my skepticism fortified by his admissions about the “untruthful” and “unresponsive” posture of Richard Helms and James Angleton.

Thoughts on the Willens defense of the Warren CommissionRead More »

via “Book Excerpt: the Hearing With Oliver Stone: A Heroic Moment for Our Protagonist” — HowardWillens.com.

“Stone’s movie, [David] Belin’s speech, and the likelihood of congressional action prompted several commission lawyers to discuss how we might best respond to the movie and support legislation making assassination records public ….”

An interesting entry from the journals of Howard Willens, attorney for the Warren Commission, about how the Commission wanted to avoid transparency “for a year or two.”

Willens, a retired attorney turned historian,  is the author of the book, History Will Prove Us Right, which defends the Warren Commission’s work and conclusions. (For an excerpt of the book, read here.)