There were warnings in the fall of 1963 that President Kennedy’s life was in danger. JFK was hated by the political right for his increasingly forthright defense of peace and civil rights.

An undercover policer officer in Florida was canvassing his sources when he heard talk of a plot. And the details were specific.

END_OF_DOCUMENT_TOKEN_TO_BE_REPLACED

Bill O’Reilly made up a JFK story. He got busted by an old tape recording

Somebody asked me about Bill O’Reilly the other day. I said:

END_OF_DOCUMENT_TOKEN_TO_BE_REPLACED

In “Reporting on the Kennedy Assassination,” the late Dutch journalist Willem Oltmans tells the story of his investigation of the JFK’s murder, especially his relationship with the enigmatic figure of George de Mohrenschildt, friend of Lee Oswald and sometime CIA asset. END_OF_DOCUMENT_TOKEN_TO_BE_REPLACED

In 1976, Congress re-opened the investigation of the assassination of President Kennedy after three key witnesses died violent deaths within a year. END_OF_DOCUMENT_TOKEN_TO_BE_REPLACED 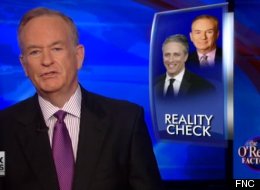 But as O’Reilly’s yarn is presented as fact in USA Today and the Fort-Worth Telegram; as his book dominates the best-seller charts; and as a credulous National Geographic embarks on making a documentary of Killing Kennedy, O’Reilly’s credibility matters.
END_OF_DOCUMENT_TOKEN_TO_BE_REPLACED

In the run-up to the 52nd anniversary of JFK’s death, we are re-running some of the most significant JFK stories of the year. In this installment from March 2014, CNN picked up on a story first published on JFK Facts.

CNN’s Brian Stelter picked up on the story, and I explained what really happened.  END_OF_DOCUMENT_TOKEN_TO_BE_REPLACED

As the Washington Post and CNN have reported, JFK Facts was the first news organization to expose Fox News host Bill O’Reilly for fibbing about JFK reporting in the 1970s. In his book Killing Kennedy O’Reilly wrote (on p. 300) that he was knocking on the door of the south Florida home of George de Mohrenschildt, a friend of Lee Harvey Oswald, when De Mohrenschildt committed suicide on March 29, 1977. O’Reilly said he heard the sound of the fatal shotgun blast.

Audio recordings, first published here in 2013, prove that O’Reilly, then a TV reporter for WFAA in Dallas, was actually in Texas at the time and planning to “come to Florida” as soon as possible. O’Reilly didn’t get to south Florida until the next day, as this WFAA video shows.

In O’Reilly’s defense, he really was chasing the De Mohrenschildt story at the time — and for good reason.

END_OF_DOCUMENT_TOKEN_TO_BE_REPLACED

From the Washington Post’s Erik Wemple, some priceless video of the young Bill O’Reilly covering the story of the suicide of CIA asset and Oswald pal George de Mohrenschildt in March 1977. END_OF_DOCUMENT_TOKEN_TO_BE_REPLACED

“Millionaire entertainers who help one another promote their shows look out for each other,” notes Erik Wemple, Washington Post media critic.

Another defense of Bill O’Reilly: ‘I have no explanation’

As far as I know I am the only blogger who was written in “In Defense of Bill O’Reilly” when it comes to one of his more egregious fibs. But now I am not alone.

Courtesy of Erik Wemple and the Washington Post:  a defender of O’Reilly stands up for the embattled Fox News host and denies that he told a JFK whopper — sort of.

END_OF_DOCUMENT_TOKEN_TO_BE_REPLACED

O’Reilly’s JFK reporting was impossible, says reporter who was there

Newsweek contributor Edward Jay Epstein has refuted Bill O’Reilly’s JFK fib with a first-person account of George de Mohrenschildt’s suicide. Epstein actually was there. And he says O’Reilly was not.