On President Trump’s April 26 deadline for full disclosure of the JFK files, the veil of official secrecy is still in place

Leave aside the implausible theories of conspiracy and the smug assurances that a little man shot a big man, get over it. The extreme and strange secrecy around the government’s information about the JFK assassination continues—even as the CIA insists we already know the whole truth of who killed a popular liberal president a long, long time ago. 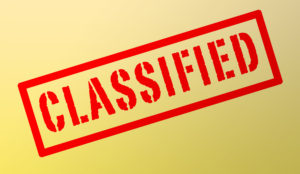 On President Trump’s April 26 deadline for full disclosure of the JFK files, that veil of secrecy is still in place. According to the Mary Ferrell Foundation’s analysis of the National Archives database, some 21,890 JFK files remain wholly or partially secret. Approximately 85 percent of the still-secret files are held by the CIA and FBI.

Such secrecy not only stokes JFK conspiracy theories and the specter of a “deep state.” It also discourages historians, journalists and students from completing the historical record of JFK’s murder. Official secrecy helps cede the question of who killed JFK to the social media cohort educated by InfoWars and Reddit. Nothing abets the conspiracy mongering like CIA secrecy.

As a journalist and historian who has written about these files since I broke the story of their existence back in May 2013, I’m less interested in what they say about conspiracy theories than in what they reveal about Washington’s response to a spectacular crime. The president of the United States was gunned down in broad daylight, and no one was ever brought to justice. No one at the CIA or FBI even lost their job over this atrocious intelligence failure. Now tell me how did that happen?

What the Files Show

As editor of the JFK Facts blog, I hoped the release of the last of the government’s JFK files in October 2017 would shed new light some aspect of the story. Was Kennedy’s death the work of unknown conspirators, abetted by CIA officers? Or the work of a lone gunman, abetted by sheer CIA incompetence?

As news organizations worldwide clamored to know what might be in the last of the government’s JFK files, President Trump tweeted boldly but proceeded cautiously. He acceded to pressure from CIA director Mike Pompeo and delayed full implementation of the law for six months.

In November and December, there was a partial release of files. The National Archives posted four large batches of newly declassified CIA, NSA and FBI files about JFK’s assassination. As reporters and researchers delved into the records they found some revelations about FBI director J. Edgar Hoover and CIA counterintelligence chief James Angleton.

They also found many files had not been released. Many still had blanked out paragraphs and even whole pages. These files concerned top CIA officers involved in the assassination story such as David Phillips, Howard Hunt, and George Joannides.

It was weirdly fascinating, which is to say it was business as usual in Trump’s Washington. The president’s October 26 tweet, “JFK Files are released, long ahead of schedule!” was wholly misleading. In reality, thousands of JFK files are still secret and their release is way behind schedule. Sad!

The prospects that scholars, journalists, and interested citizens will ever see all of these files this week are not bright. The reason is found in the recently released transcript of what Angleton told Senate investigators behind closed doors in September 1975.

This bold assertion that the CIA could defy government orders did not go over well with the Senate Intelligence Committee or the public. Under withering questioning from the committee chairman Senator Frank Church, Angleton walked back the remark. But he exchange was so sensitive that the CIA suppressed the transcript for 40 years. The agency doesn’t want you to know that top officials sometimes speak that bluntly about the powers they seek.

Angleton’s axiom, once controversial, seems to be alive and well in Washington.

When it comes to the JFK files, the position of the overt, elected government is clear.

Then Congress voted unanimously in favor of the JFK Records Act, which mandates the release of all files. The act was signed into law George H.W. Bush, a Republican, and implemented by Bill Clinton, a Democrat. President Trump favors full disclosure. Yet the will of the people—it seems a quaint concept these days—has not been achieved despite the letter and spirit of the law.

Indeed, since October 26, 2017, the CIA has flouted the JFK Records Act. The law gives the agency the right to postpone the release of records with the approval of the president. Trump’s October 26, 2017, order on JFK files does conform with the law.

But the law also requires the CIA to provide a declassified summary of the reasons for postponement for each and every JFK file. That has not been done for the 21,000-plus record withheld from public view since last October.

Angleton is dead, but his shadow is long. In 2018 the secret intelligence arm of the government is saying, with its actions, that it does not have to comply with the overt orders of the government, at least not as they concern ancient JFK assassination files.

Most JFK scholars and open government journalists who follow the JFK files story are pessimistic that Trump will deliver on his tweeted promise to open all the JFK files, save the names of living persons.

Nate Jones, director of the FOIA Project of the non-profit National Security Archive, said, “I think Trump will act like the presidents before him and have his opinions dictated by the disingenuous but hair-on-fire memorandums from the intelligence agencies warning of ‘grave irreparable harm’ to US espionage capabilities if all the information about what US spies were doing nearly 55 years ago during the JFK assassination is released.”

Jones predicts “the intelligence community will instruct to the president to sign off on the continued withholding of a substantial amount of material, and the president will listen to their orders.”

Larry Sabato, University of Virginia professor and JFK author, concurs. “My bet is Trump will do whatever his new BFF Pompeo recommends. That means CIA will be protected.”

J. Pat Brown, executive editor of Muck Rock, a non-profit, collaborative investigative news site, said in an interview, “the original deadline was the last hope that the process would be held to any standard of control. [For the CIA] was more of a statement, ‘We can delay this as long as possible.’ So I would not be at all surprised if they continue to stall.”

Not in Your Lifetime

“I can’t see why, at a moment when his presidency is in greater peril, Trump would now risk antagonizing allies like Pompeo on something like this,” Shenon wrote in an email.

“It is worth noting,” he went on, “that Chief Justice Warren’s famous comment that Americans might not see some assassination documents ‘in your lifetime,’ later described as a blunder that did not reflect his real views, may prove to be true.

“Neither he nor anyone in his government seems qualified to make the determination [of what should be released]. But if they found someone at Fox News to feed this information, they still would not do it. It is not, and has not been since 1963 in the interest of the government that participated in this murder to expose themselves as being caught in this act…. ”

One of the few JFK authors who predicts Trump will enforce full disclosure is Gerald Posner, author of Case Closed, an anti-conspiratorial bestseller.

“I think POTUS will honor his commitment to release everything on April 26,” Posner wrote in an email. “It is unquestionably the right thing to do. The public has a right to know what its government knows about the murder of JFK.”

“What was always needed to set these files free was an unconventional president, someone who refused to be caught up in the byzantine legal and technical morass utilized by the CIA, FBI and other agencies to keep files secret,” Posner wrote.

“My uninformed guess is that Trump may intend to release all, and perhaps even back this with some efforts unseen by us,” Scott wrote, “but that he will not avail against the entrenched forces who believe their own interests are the nation’s.”

Asked about the April 26 deadline, Jesse Walker, author of United States of Paranoia, wrote “I know better than to try to predict the behavior of Donald Trump. All I’ll say is that I hope some advocate of government transparency can get booked on Fox and Friends that morning.”