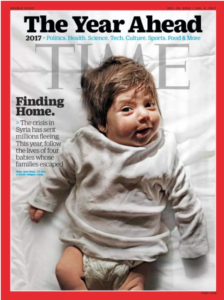 Thanks to the Mary Ferrell Foundation and WhoWhatWhy, anybody who wants to know can see a listing of all the JFK records that are supposed to be released on or before October 26, 2017.

MFF will soon organize a crowd-sourcing venture to identify the most significant JFK documents and redactions because we cannot count on professional journalists to do the job. Thanks to the Internet, we no longer need to rely on uninterested (or compromised) news organizations to report new JFK facts to the tens of millions of people around the world who are interested.

(Of course, we do hope and expect that responsible news organizations will report on the coming JFK disclosures, not old theories.)

What Can We Expect? 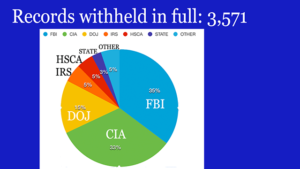 Come October 2017, we will be able to identify, capture, analyze and distribute the most revelatory new JFK material, independently of the pundits and reporters who prefer to avert their eyes from the historical record.

Maybe, just maybe, news organizations are beginning to understand the real story. The Time article usefully identifies a few of the most important records still concealed by the CIA.

According to the National Archives, the final batch includes information on the CIA’s station in Mexico City, where Oswald showed up weeks before JFK’s death; 400 pages on E. Howard Hunt, the Watergate burglary conspirator who said on his deathbed that he had prior knowledge of the assassination; and testimony from the CIA’s James Angleton, who oversaw intelligence on Oswald. The documents could also provide information on a CIA officer named George Joannides, who directed financial dealings with an anti-Castro group whose members had a public fight with Oswald on the streets of New Orleans in the summer of 1963.

These records are indeed important because they go to the heart of the record of malfeasance that characterizes the U.S. government’s response to the murder of the 35th president. In his last year in office, JFK sought to curb the arms race, normalize relations with Cuba, and avoid escalation in Vietnam. His assassination killed his policies whose wisdom has been vindicated by history. The causes of JFK’s assassination matter because these issues are still with us.

The Issue Is Not Conspiracy

The JFK issue in 2017 is not conspiracy. That is to say, the issue today is not whether one long deceased young man, Lee Oswald, engaged in criminal behavior on November 22, 1963. That is an interesting question, but it is actually a secondary issue.

The more significant issue for Americans today is the well-documented but still unexplained criminal behavior of certain career government officials when responding to the murder of the liberal president.

Note to all reporters/bloggers/pundits interested in the JFK story:

We are not “conspiracy theorists.” I’ve been writing about JFK for thirty five years and I don’t have a “theory.” And we are not–repeat not–looking for a “smoking gun.” Nor do we expect to find one. So when no single “smoking gun” document emerges  in October 2017, please do not report that as news. It is not news. It is already a commonly accepted fact.

Questions in Search of Answers

In October 2017 we are looking to complete the historical record. We are looking for accountability and transparency around an event that Americans regard as the fourth most important in our history, according to a recent Pew Survey. And we are requesting the help of the White House General Counsel.

We are, in short, looking for answers to obvious important questions about criminal behavior related to JFK’s assassination that have never been answered, despite five official investigations.

I have three questions:

1) Why did counterintelligence chief James Angleton commit perjury and obstruct justice when he was required to respond to JFK investigators?

(I will present the extensive evidence of Angleton’s illegal actions related to JFK in my forthcoming book, The Ghost: The Secret Life of CIA Spymaster James Jesus Angleton, to be published by St. Martin’s Press in the fall of 2017.)

What the government needs to declassify now: Angleton’s still-classified testimony to the Church Committee in September 1975. (About the only thing known of Angleton’s testimony is that he took the occasion to say, under oath, “It is inconceivable that a secret intelligence arm of the government has to comply with all the overt orders of government.”)

2) Why did David Phillips, the chief of anti-Castro operations who was informed of Oswald’s travels, politics, and foreign contacts in October 1963, commit perjury when questioned by the House Select Committee on Assassinations?

What the government needs to declassify now: more than 600 pages of secret material related to Phillips’ operations.

3) Why did George Joannides obstruct the HSCA’s investigation by not disclosing what he knew of his agents’ contacts with Oswald in New Orleans in the summer of 1963?

What the government needs to declassify now: scores of records related to Joannides’ psychological warfare operations in 1963, including the AMSPELL operation which generated propaganda about Oswald; Joannides’ residence in New Orleans in 1963; and the reasons he received a CIA medal in 1981.

But there is much more to learn. These are only the questions of one journalist, and I’ll be the first to admit they may not be the most important ones.

As Time notes, there are some 34,000 JFK documents, now in the public record, that have redacted (some would say “censored”) passages. These records come from the FBI, the Joint Chiefs of Staff, the National Security Agency and others. All of these redactions are supposed to be removed next year.

I believe what most serious JFK historians and researchers believe: that the most significant new information will emerge from these 34,000 records, which have already been partially declassified.

Those Who Resist Obeying the Law Can Expect to Be Shamed

We don’t seek the release of the last JFK files to prove a conspiracy. We are not sitting prosecutors. None of us has the power to charge anyone with conspiracy. In any case, the most likely suspects, such as CIA assassination chief Bill Harvey, are dead.

(The Agency, by the way, retains 123 pages of material on Harvey whose best friends included a Mafia crime boss, according to this video interview with his wife.)

We seek this information to vindicate the worthy but embattled idea that we live in constitutional republic, under a government by the people, for the people, and of the people.

If current officials of the CIA or any other agency, withhold any JFK files next year, they are proclaiming to the world that, when it comes to the murder of a sitting president, they believe themselves to be above the law.

Such a stance is illegal, contemptible, and dangerous. Anyone who dares to defend such a position can be expected to be identified and shamed on the Internet. Those tempted by the traditional prerogatives of secrecy should remember that mainstream media organizations will be paying attention to your decisions and reporting on them.

Those who seek to defy the JFK Records Act in 2017 are going to be held accountable on the Internet and in Congress. That is the message that we will be pressing for the next 11 months. 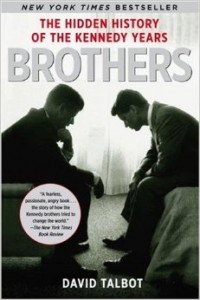 There are defeatist voices who say this effort is doomed to failure, that all important JFK records have already been destroyed. They are surely correct in one sense.  Any “smoking gun” document has likely been destroyed, or more likely, never existed.

But in my experience, these same defeatist voices–like the defeated journalists in mainstream news organizations who cling to the implausible official theory of a lone gunman–are usually unfamiliar with the impressive body of evidence that has emerged in the last twenty years.

The story of what has been learned about November 1963 since passage of the JFK Records Act in 1992 can be found in books such as John Newman’s Oswald and the CIA, David Talbot’s Brothers, James Douglass’ JFK and the Unspeakable, Bill Simpich’s State Secret, David Kaiser’s Road to Dallas, Joan Mellen’s Farewell to Justice, and Anthony Summers’, Not in Your Lifetime.

These books are based on information that was forced into the public record by popular pressure and mobilization over the strenuous objections and constant ridicule of powerful officials and secretive agencies,  Anyone who says that independent civilian action cannot shed more light on the truth of JFK’s assassination in 2017 is simply ill-informed.