What this Buzzfeed story confirms is a singular fact rarely discussed in the annals of U.S. intelligence: the CIA did not conduct a counterespionage investigation of an accused president assassin. 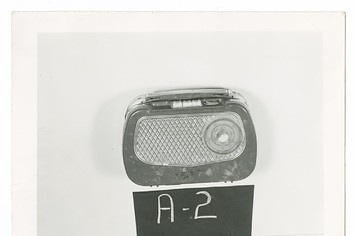 Police went to the rooming house and seized everything in his room, including the radio. They gave the radio to the FBI, and then it went to NSA.

Why would the CIA men pass up an opportunity to investigate a leftist like Oswald and his possible radio contact with of the Soviet KGB or Cuban DGI?

Mostly likely for a good reason: a serious counterespionage investigation would have revealed that Oswald regular appearance in CIA intelligence gathering operations such as AMSPELL, LIEMPTY, and LIENVOY. To share such inconvenient truths with the Warren Commission would have hurt the CIA and helped the KGB and DGI.

It was better not to talk about Oswald’s radio than to open a can of worms that no one in Washington wanted to look at.

38 thoughts on “The curious story of Oswald’s radio”