A new clue about the CIA’s Mexico City operations

An eagle-eyed reader, responding to my last post about covert operators in Mexico City, notes that there is a slightly less redacted version of Ann Goodpasture’s Feb. 1977 memo. This version provides a clue.

A new clue about the CIA’s Mexico City operationsRead More »

For Australians only: the JFK connection

One place where the peculiar similarities of Australia and the United States converge is interest in JFK assassination story.  …

For Australians only: the JFK connectionRead More »

Indeed, the complex reality of how a president of the United States came to be gunned down on a sunny day, and no one lost his liberty — or his job — continues to live and grow in popular memory.

Turner joined the Federal Bureau of Investigation (FBI) in 1951. He worked for the FBI for ten years but grew increasingly concerned with the way J. Edgar Hoover ran the organization. Turner became convinced that Hoover was placing too much emphasis on the dangers of the American Communist Party. Instead, he felt he should be using more resources to tackle organized crime. In 1961 Turner was dismissed from the FBI. He hired Edward Bennett Williamsand sued the FBI but lost. However he did manage to get anti-Hoover testimony by other agents into the record.

David Talbot on the rise of America’s secret government 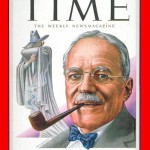 David Talbot will be talking about his new book, “The Devil’s Chessboard: Allen Dulles, the CIA, and the Rise of America’s Secret Government “at Politics & Prose Bookstore in Washington DC on October 15.