In the finale of  “11.22.63′,” saving JFK doesn’t save the world. It heralds the apocalypse. So what’s the ultimate message of the Hulu series?

Be glad President Kennedy was killed on November 22, 1963. 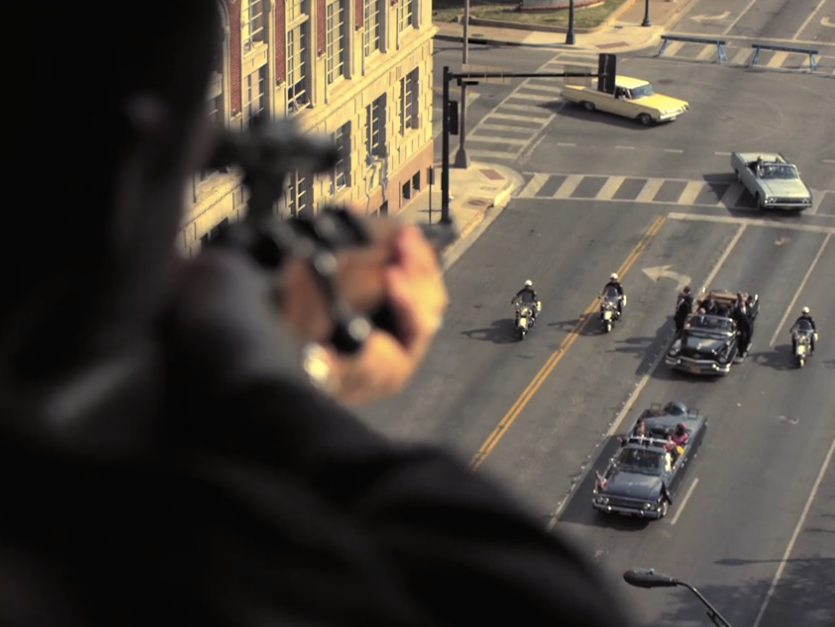 Watching a heartbroken and purposeless Jake step back through the rabbit hole into present-day Lisbon, Maine, we get what we were waiting for, and it ain’t pretty: JFK didn’t turn America into Camelot; he turned it into a post-apocalyptic wasteland. As Jake tries to make sense of the wild dogs and gangs of bandits roaming the gray streets, he runs into a familiar face: his old friend Harry Dunning (Leon Rippy) — whose father Jake killed back in the second episode — who explains that JFK’s two-term presidency….

As popular entertainment, King’s fable is entertaining, disturbing, and reassuring: you can dream of the impossible–killing Oswald and saving JFK–but reality is that your hopes are foolish. JFK was destined to be just another failed president. So things turned out for the best on November 22, 1963.

If it sounds familiar, it is.King’s series is a sci-fi remake of the Warren Commission report with the same dramatic message: the system failed but the system worked.

Feel better? If you don’t turn off the TV, you will.

72 thoughts on “Stephen King’s JFK myth: the system failed but the system worked”