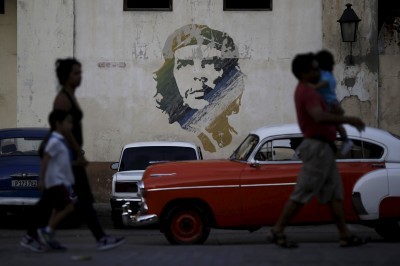 Obama’s trip promises to set a new direction in Cuba policy. For the first time in sixty years, the president of the United States will say that the United States does not seek to control Cuba’s sovereignty but to bolster its people. This was the course that President Kennedy was contemplating at the time of his death.

Other presidents explored the possibility. Henry Kissinger privately reconsidered U.S. hostility to Cuba in the mid-1970s and the Castro government responded with cautious interest. Then Cuban exiles, close to the CIA, blew up a Cubana airliner in October 1976, killing 73 people, which would stand as the worst incident aerial terrorism in the Western Hemisphere until the September 11, 2001. The Castro government broke off exploratory talks.

In the 1990s, President Clinton made cautious moves toward restoring normal relations with Cuba in his first term. Then Cuban exiles, led by pilot Jose Basulto, flew a formation of small planes into Cuban airspace to drop leaflets on the Havana, a blatant violation of international aviation regulations. The Cuban government regarded Basulto as a potential assassin as he had been the triggerman on an August 1962 cannon attack on a Havana hotel frequented by Castro.

On February 25, 1996, Basulto led another incursion into Cuban air space. A Cuban air force jet chased the planes into international air space and shot down two of them, killing four people, while Basulto himself escaped. Congress responded by imposing new sanctions on Cuba and the possibilities for reconciliation were dead.

And so for six decades, the advocates of regime change in Cuba held sway over U.S. policy. Their reign is now coming to an end.