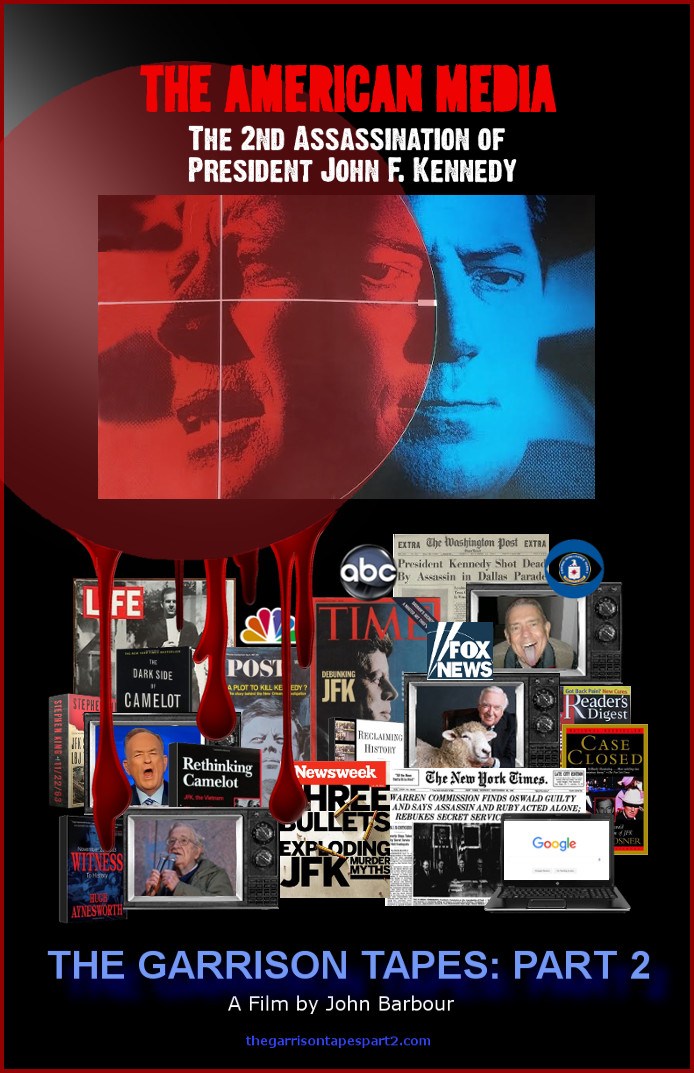 In The American Media, narrated by Barbour and produced by Myra Bronstein, Garrison’s story is told once again, this time with an emphasis on the tragic double-cross of an NBC producer who deceptively, and without Barbour’s input, doctored Barbour’s interview with Garrison so that Garrison states a foolish belief that there were 30 shooters in Dealey Plaza.

From the Author of Our Man in Mexico,

Comes a Detailed Investigation of

In JFK & CIA; The Secret Assassination Files, Jefferson Morley uses on the record interviews of retired CIA officers and thousands of pages of declassified documents to sketch a granular account of the the inner working of the clandestine service on the eve of JFK’s assassination.

There is theory here, only the facts about how certain named CIA officers monitored and manipulated the defector Lee Oswald as he made his way to Dallas.

From a five-star Amazon review:

“Highly recommended to all readers wanting to learn the truth on matters that the Government still fights to keep secret, some 53 years after the tragic event.”

1 thought on “John Barbour on ‘The 2nd Assassination of President John F. Kennedy’”