“The JFK we remember is the one Jackie created.” 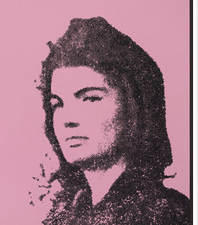 That´s the bold tagline of the new documentary “JFK: Fact and Fable,” which premieres Friday on CuriosityStream, the global ad-free subscription video on demand service.

The film explores the role played by Jackie Kennedy in shaping JFK public persona and even his legacy. She insisted on making her husband funeral a replica of Lincoln´s farewell, so that the two slain presidents inextricably remain in the national consciousness.

Jackie Kennedy’s role in shaping her husband’s legacy was indeed profound. But there were one things about her husband that she would not talk about publicly and did not incorporate into the history of his presidency: her views about the causes of his death.

According to an authoritative account by presidential historian Timothty Naftali, Jackie Kennedy agreed with her brother-in-law Bobby that Jack was murdered as a result of a domestic plot by his political enemies on the right.

When the Warren Commission offered its dubious “single bullet theory” that one bullet caused seven wounds in JFK and Tex Governor John Connally, the former First Lady didn’t believe it.

“That certainly was not how Jackie remembered it,” according to her biographer Barbara Leaming.

Jefferson Morley’s new ebook, CIA and JFK: The Secret Assassination Files, available on Amazon, provides the fullest account yet of the JFK records that the CIA is still concealing.