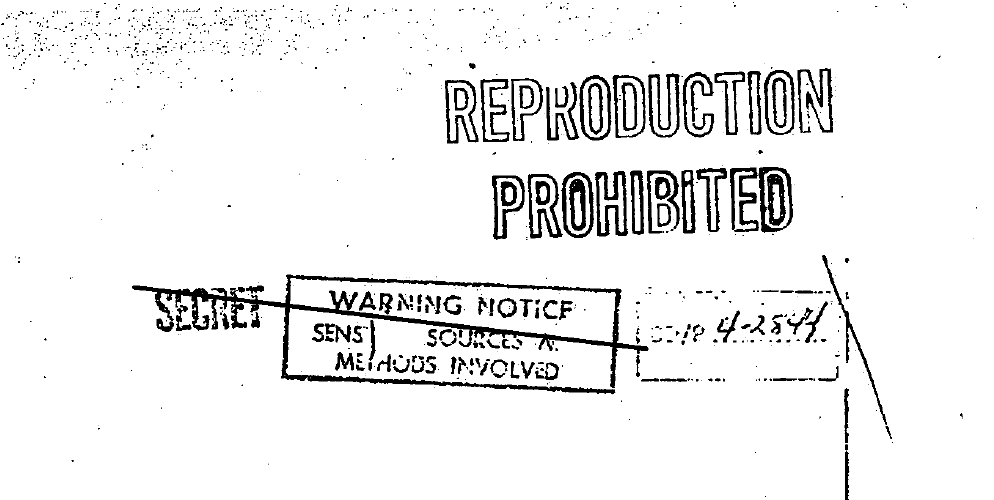 Will Biden follow the law? The JFK Records Act, passed unanimously by Congress in 1992, called for “expeditious public transmission” of all JFK files into the public record. Twenty-nine years later, the intent of Congress has been effectively nullified by the demands of federal agencies, particularly the CIA, which is responsible for 70 percent of the withheld records. The National Archives website says 15,834 JFK files that have been released remain redacted, though some redactions involve only a single word.

Kennedy was shot dead as his motorcade passed through downtown Dallas on November 22, 1963. Oswald, a 24-year-old leftist, was arrested 90 minutes later. He denied shooting Kennedy, claiming he was a “patsy.” The next day Oswald was shot dead on national TV by Jack Ruby, a nightclub owner with organized crime connections. The causes of Kennedy’s death have been debated ever since.

Federal Judge John Tunheim, chair of the civilian review board which declassified more than 300,000 JFK documents in the 1990s, called on Biden to release the JFK files without exception. “Why keep on holding back stuff?” Tunheim told The Intercept. “I don’t think there is any reason to protect any of it.”

What’s in the files?

The most sensitive JFK secrets involve U.S. operations against Cuba in 1963. Oswald was a public supporter of the Fair Play for Cuba Committee, or FPCC, a popular campus group which defended Fidel Castro’s government from aggressive U.S. policies. Records declassified in the 1990s revealed that the CIA targeted the FPCC for disruption in September 1963. Within the records that have been partially released, propaganda sources, deception methods, and surveillance techniques are often redacted.

One passage in a file on Operation Northwoods, a top-secret Pentagon operation that aimed to provoke a U.S. invasion of Cuba, is still off-limits to the public. Approved by the Joint Chiefs of Staff in May 1963, the Northwoods plans envisioned an “engineered provocation” to replace Cuba’s socialist government with a pro-American regime. Northwoods called for the “the most trusted covert personnel” to stage a spectacular crime on a U.S. target and arrange for the blame to fall on Castro, so as to create a “justification for U.S. intervention in Cuba.” The Northwood plans were discovered by the Assassination Records Review Board in 1997. Two paragraphs of the 200-page document remain classified in 2021.

Other files that have not been fully released include the following:

There are scores of similar erasures in the JFK files that illuminate how the letter and spirit of the JFK Records Act is being flouted by extreme claims of secrecy. The information withheld hardly seems earthshaking, but the full significance of the last of the JFK files can only be assessed after full disclosure. Biden’s decision is expected on October 26.