I am reminding this forum yet again that I will not engage with anyone who has called me a liar.

(Editor’s note: These are two, unapproved recent comments. They were submitted in two different discussion threads and neither commenter has seen the comment of the other, until now.) 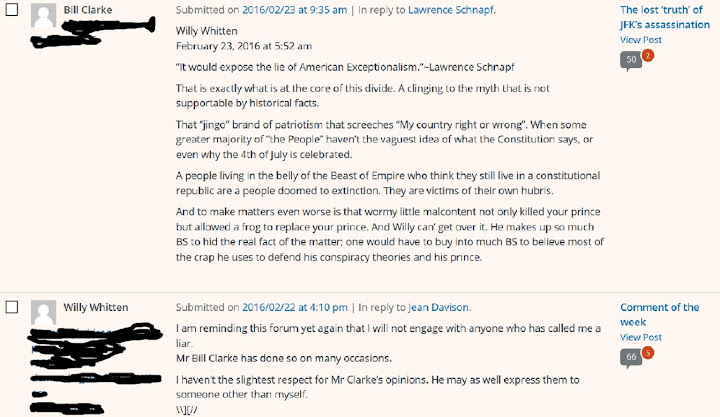