How the still-secret JFK files provide clues to the crime

Rex Bradford of the Mary Ferrell Foundation made some important points about the JFK files in this conversation with Jeff Schectman of WhoWhatWhy Radio.

END_OF_DOCUMENT_TOKEN_TO_BE_REPLACED

The JFK story is soooo complicated

Actually, Morley v. CIA is simplifying the case. Now we know where some key JFK files can be found.

Later this month, Trump will decide on release of 23,000 secret JFK files

The final countdown for disclosure of the last of the U.S. government’s JFK assassination files begins next Monday with prospects for full disclosure, as mandated by law, still in doubt.

END_OF_DOCUMENT_TOKEN_TO_BE_REPLACED

the National Archives today posted 13,213  records subject to the President John F. Kennedy Assassination Records Collection Act of 1992 (JFK Act).   The majority of the documents released today were released previously in redacted form.  The versions released today were prepared by agencies prior to October 26, 2017, and were posted to make the latest versions of the documents available as expeditiously as possible

END_OF_DOCUMENT_TOKEN_TO_BE_REPLACED

Trumped: the mandate, the media, and the new clues in the JFK document (un)-Dump

Dick Russell sums up the political realities shaping the limited release of JFK records last week and what will happen next.

Clearly, elements of the CIA and FBI had done some last-minute arm-twisting. As night fell, Trump penned a memo saying: “I have no choice — today — but to accept [their] redactions rather than allow potentially irreversible harm to our nation’s security.”

Source: Trumped: The Mandate, the Media, and New Clues Amid the JFK Document (Un)-Dump – WhoWhatWhy

The JFK files and the problem of trust

On the very limited JFK file release last week, The New Yorker’s Jeffrey Frank notes that “secrecy itself shares the blame for fomenting so many conspiracy theories and END_OF_DOCUMENT_TOKEN_TO_BE_REPLACED

What the media missed: 90% of JFK files are still secret, 3 days after the legal deadline for disclosure

Liberal news media organization, usually hostile and suspicious of President Trump, have gone easy on his dubious claim that he “lifted the veil” on JFK records. He didn’t As the authoritative Mary Ferrell Foundation states:

Still withheld-in-full records among the 98% of those still withheld include, for example: * Still-withheld Church Committee interview transcripts not included in the 1990s releases, including one with none other than CIA CounterIntelligence chief James Angleton.

Source: What Happened Thursday to the JFK Records? – WhoWhatWhy

What the JFK Records Act says about today

The law is quite explicit about President Trump’s responsibilities today. With each passing hour, he is in danger failing to see that the law on JFK records are faithfully executed.

END_OF_DOCUMENT_TOKEN_TO_BE_REPLACED

With 9 days to go, planned disclosure of secret JFK files is ‘in flux’

I report the latest development on the Trump administration’s plans for JFK disclosure in AlterNet. END_OF_DOCUMENT_TOKEN_TO_BE_REPLACED

Liberals and conservatives call on Trump to reject JFK secrecy

A bipartisan group of Congressman are urging President Trump to insist on “full public release” the government’s JFK assassination records by October 26 and to  “reject any claims for the continued postponement of …. those records.”

In two “sense of Congress” resolutions introduced Wednesday on Capitol Hill, the legislators call for the CIA, FBI and other federal agencies to release all of their records related to the November 1963 murder of President John F. Kennedy.

JFK’s assassination on November 22, 1963 generated six official investigations and widespread belief that the liberal president was the victim of a conspiracy and not a lone gunman.

Most of the JFK files have been made public but some 35,000 documents remained fully or partially redacted and have never been seen by the public, researchers or the media. By law, federal agencies must obtain the written permission of the president to keep these documents secret after this month.

“The president can be a real hero to the American people if he says the truth does matter,” Rep. Walter Jones (R-NC), leader of the effort, told AlterNet in a phone interview.

“Transparency in government is critical not only to ensuring accountability; it’s also essential to understanding our nation’s history,” said Sen. Charles Grassley, (R-Iowa) in a written statement. “…Americans deserve a full picture of what happened that fateful day in November 1963. Shining a light on never-before-seen government records is essential to filling in these blank spaces in our history.”

The CIA and FBI have not yet revealed whether they will appeal to Trump for continuing secrecy.

“CIA continues to engage in the process to determine the appropriate next steps with respect to any previously unreleased CIA information,” said spokesperson Nicole de Haay told Alternet last month.

In an email, the FBI press office said, “We do not have a comment to provide and suggest you reach out to the White House.”

The White House did nor respond to request for comment.

According to the National Archives online database, the unreleased records include CIA files on two senior officers involved in assassinations and four Watergate burglars, as well as the closed-door testimony of numerous JFK witnesses, such CIA spymaster James Angleton.

The resolutions have attracted diverse support. The House measure, introduced by Jones, is co-sponsored by several members who served in Congress in 1992, and voted for the original JFK Records Act.

The Senate resolution (S. Res 281) was introduced by Grassley (R-Ia), the conservative chairman of the Judiciary Committee, and co-sponsored by liberal Sen. Pat Leahy (D-Vermont), the ranking member of the committee.

“Chairman Grassley and I both believe that a government of, by, and for the people simply cannot be one that needlessly hides information from them,” Leahy said in a statement. “I look forward to continuing our efforts to make our democracy ever more transparent to the American people.”

Jones said he will send a letter to all members of Congress seeking their support for the non-binding resolutions.

Jones also said he plans to contact Roger Stone, a confidante of Trump and JFK conspiracy theorist. On Wednesday Stone joined anti-conspiratorial author Gerald Posner in a public statement calling for release of the JFK files.

“I will ask Mr. Stone to please use his influence with Donald Trump to encourage the president to join in this effort,” Jones added.

The first batch of the last JFK records, released by the National Archives in July, generated several revelations that shed new light on the JFK story.

One top CIA counterintelligence official came to doubt the lone gunman theory in the mid-1970s and suspected Cuba might have been involved, according to Politico.

WhoWhatWhy reported on records showing that Earle Cabell, the mayor of Dallas at the time of JFK’s murder, was a CIA asset.

Collectively, the latest revelations pour cold water on the theory that the Soviet intelligence service, the KGB, was involved in JFK’s murder, while raising questions about the “Castro did it” theory and the role of the CIA in the events leading to November 22, 1963

Whether any JFK records will remain secret after this month is up to President Trump. The conspiracy-theorist-in chief has three weeks to decide. 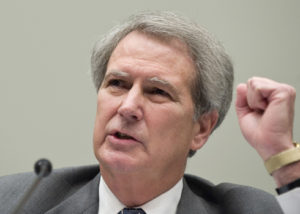 Two senior Capitol Hill Republicans plan to introduce a congressional resolution calling for full disclosure of all U.S. government’s records related to the assassination of President John F. Kennedy in 1963.

Rep. Walter Jones (R-N.C) and Sen. Charles Grassley (R-Ia.) will introduce their JFK resolution before the end of the month, according to Jones.

“I want to make sure that the information that is owed the American people is made available,” the veteran North Carolina conservative said in an exclusive interview with AlterNet.  “The American people are sick and tired of not being given the truth. “

END_OF_DOCUMENT_TOKEN_TO_BE_REPLACED

From the Black Vault, all the new JFK assassination files

The Black Vault (“Exposing government secrets… one page at a time.”) is the best online source for the latest release of JFK assassination documents. Their interface, far superior to the National Archives web site, makes for easy searching and linking.

END_OF_DOCUMENT_TOKEN_TO_BE_REPLACED

A missing Oswald file highlights the need for JFK legislation

The coverage of the first batch newly-released JFK assassination records in Politico, the Washington Post, WhoWhatWhy, AlterNet and other national publication confirms the public interest in–and historical importance of– the government’s long secret files about the murder of President Kennedy in 1963.

But the documented fact, first reported in JFK Facts, that a batch of CIA records about suspected assassin Lee Harvey Oswald has gone missing since 1997,  underscores the need for congressional legislation to insure that the goal of full disclosure is achieved.

END_OF_DOCUMENT_TOKEN_TO_BE_REPLACED

Orville Nix and the film he took of JFK’s assassination

A man with a story people didn’t want to hear–or see.

Orville’s granddaughter, Gayle Jackson Nix, is suing for the return of the original Nix film.