Melba Christine Marcades, aka Rose Cheramie was found dead on the road in Big Sandy Texas in front of the property of Dallas billionare H L Hunt’ top security officer. Her head had been run over but a bullet wound in it was also found in her head.
Blood was found on the property.
After the JFK assassination her story of being on a drug run to Houston was checked out by the Louisiana State Police and U.S. Customs and found to be true.
See Hit List by Richard Belzer, pgs. 47-52. 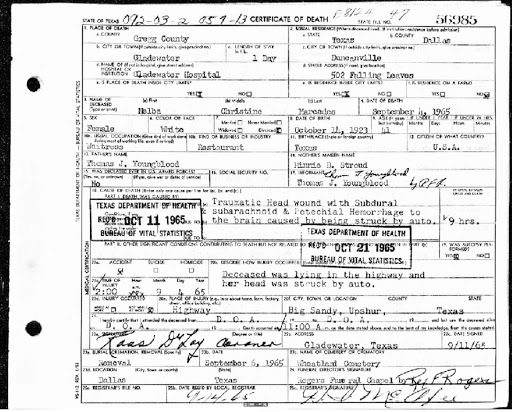