The 2016 election and the secret CIA memo targeting ‘conspiracy theorists’

Viewed dispassionately, “conspiracy theories” are controversial political messages about secret power. They purport to tell us how the world really works, as opposed to official accounts of government and experts. At a time when the credibility of federal government and news organizations is low, conspiracy theories flourish at the expense of public authority.

Credible or not, conspiracy theories have shaped the course of the 2016 presidential campaign. Conservative strategists Jerome Corsi and Roger Stone claim that Hillary Clinton has organized a conspiracy to conceal her own dire medical condition. Liberals Ezra Klein and Cass Sunstein warn that conspiracy theories distort our political discourse and endanger the political process. Who’s right?

The idea that “conspiracy theorists” harm the legitimacy, and thus the effectiveness of liberal government, is not new. The concept was crystallized in The Paranoid Style in 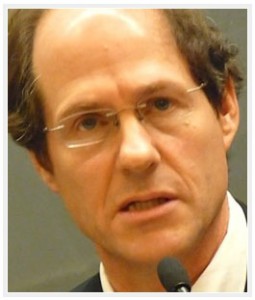 American Politics, an influential book by historian RIchard Hoftstadter, published in 1964. Hofstandter argued that irrational politics, exemplified by conspiracy theories about communists in government and flouride in the water supply, had influenced American political history much more than liberal historians admitted.

The idea that the government should take action to thwart the influence of “conspiracy theorists” originated three years later–at the Central Intelligence Agency. That may sound like a conspiracy theory to some. Alas, it is an indisputable fact.

In a top-secret 15-page memo, dated April 1, 1967, senior CIA officials laid out their strategy for discrediting and marginalizing critics of the Warren Commission, which investigated the assassination of President John F. Kennedy. Key to the CIA strategy was labelling the Warren Commission’s critics as “conspiracy theorists.” The CIA’s language was soon adopted by journalists and government officials.

The arguments of the CIA memo sounded reasonable to many people at the time. Entitled “Countering Criticism of the Warren Report,” the memo argued that the JFK investigation was led by eminent men who had all the relevant facts and who could be trusted to discern the truth. The memo also argued that the critics of the official story (such as Mark Lane, Josiah Thompson and Ed Epstein) didn’t have facts and couldn’t be trusted.

To indict the “conspiracy theorists” the CIA recommended a series of arguments that are still heard today. Employees and assets were instructed to argue that criticism of the official story of JFK’s murder was:

1) unsupported by facts; 2) motivated by politics; 3) motivated by money; 4) reliant on inaccurate information, and/or 5) intellectually vain. In any case, continuing investigation, described as “further speculative discussion,” would only helps America’s enemies.

The CIA strategy proved effective in discouraging investigation of JFK’s assassination, at least in the Washington press corps. It remains a template for those responding to controversial political messages about secret exercise of power.

The problem with the CIA’s strategy, at least in the case of JFK, was that it was based on a tissue of falsehoods. 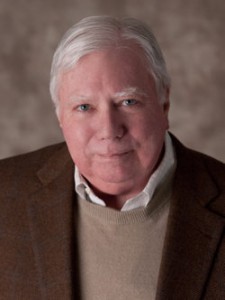 The Commission did not know that Dallas FBI agents had destroyed a note written by Oswald to the Bureau a week before JFK was killed. And so on.

What persists over the decades is the the rhetorical structure of the arguments of government officials against conspiracy theories that question their veracity.

The CIA memo asserted that Oswald was “unknown quantity to any professional intelligence agency,” a lie which the author of the memo, CIA director Richard Helms, knew was a lie.

In fact, Oswald, had been closely monitored by the CIA’s Counterintelligence Staff, under the direction of Helms’ close friend, James Angleton, from December 1959 to November 1963.  In my forthcoming biography of Angleton, I will document how he obstructed justice and committed perjury in the case of the murdered president.

The April 1967 CIA document haunts the discussion about conspiracy theories in 2016 election. It is widely available on the Internet. Ezra Klein and Cass Sunstein find it irrelevant to their purposes. Jerome Corsi and Roger Stone have no hesitation to cite it while trashing liberal government in service of their reactionary goals.

The average voter is left with a series of astringent truths. The official version of great public events deserves the closest possible scrutiny. Conspiracy theories can be pernicious and dangerous. So can the government’s response to them.

On April 1, 1967, Richard Helms, the Director of Central Intelligence, sent out a worldwide “book message” to all CIA stations around the world laying down the agency’s strategy for discrediting critics of the Warren Commission’s report on the assassination of JFK>