Search Results for: cinema of assassination

Home » You searched for cinema of assassination

The cinema of assassination as inspired by JFK

Hollywood’s cinema of assssination, as inspired by the death of JFK, takes two different forms: conspiratorial and sociopathic. Both will be on display at a multiplex near you later this year if and when Tom Hanks’s “Parkland” and Leonardo di Caprio’s “Legacy of Secrecy” open. Hanks’s hospital drama will depict JFK as the victim of a lone sociopath while DiCaprio’s mob flick will likely finger Carlos Marcello and other organized crime bosses.

The cinema of assassination as inspired by JFKRead More »

The debut of Plaza Man reminds us that “the cinema of assassination inspired by JFK”  never ceases grow.

Send me links to the YouTube trailers of your favorite JFK film (feature, documentary, fictional, factual, or foreign).

“11/22/63,” an original miniseries about the JFK assassination to air on the Hulu video network has added seven actors including Oscar winner Chris Cooper to its cast. 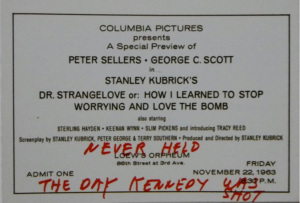 This prestige-level drama seems primed to secure Natalie Portman an Oscar nomination with her in literally every scene of the film as Jackie Kennedy, putting a human face on this larger-than-life person 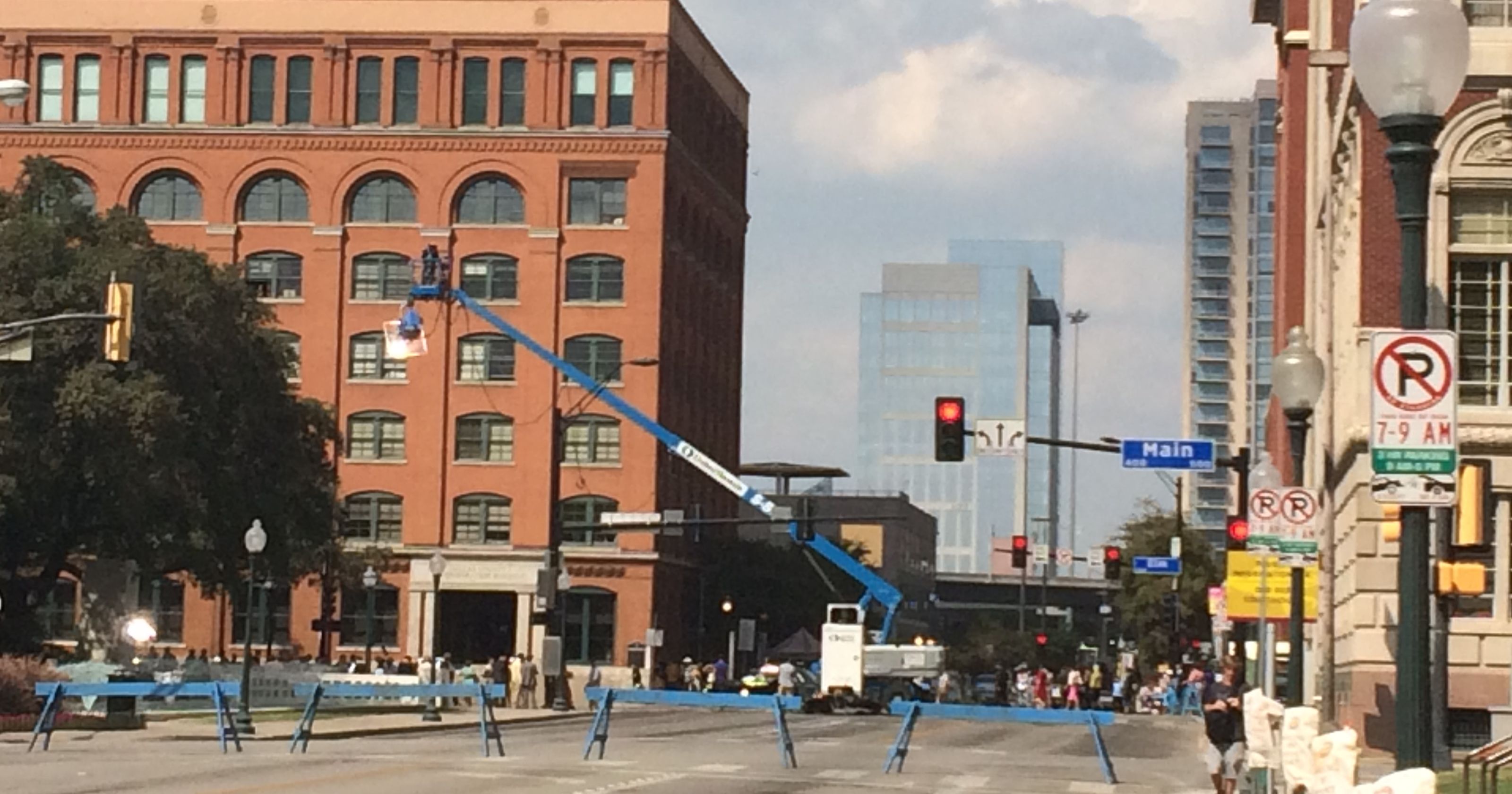 The area around the assassination site will be closed to traffic between 9:30 a.m. and 4 p.m.

Natalie Portman will play Jackie Kennedy in a new biopic

With Natalie Portman already signed on to play the former First Lady and the recent news that Peter Sarsgaard is in final negotiations to play Robert Kennedy, Jackie is stacking up to be a movie that will go down in history as one of the best.

Source: A New Jacqueline Kennedy Onassis Biopic Is In The Works, So It’s Time To Brush Up On Your American History | Bustle

JFK at the movies: ”Umbrella Man,’ a story of obsession

n “The Umbrella Man,” a film co-written by Rome (NY) natives Michael and Joe Grasso, Peter Brennan spirals into grief after the death of his young son while clinging to the conspiracy theories surrounding the mystery of President John F. Kennedy’s assassination.

JFK at the movies: ”Umbrella Man,’ a story of obsessionRead More »

Alex Cox, the creative cinematic mind who gave us “Repo Man” and “Sid and Nancy,” offers his reflections on the saddest, shortest movie ever, the Zapruder film. He relies on Doug Horne’s original research. (H/T Tad) …

Natalie Portman has signed on to play the former first lady in a new film titled Jackie, reports Variety.

“Jackie talks about the days when Jackie Kennedy becomes an icon but has lost everything,” an insider involved in the production told the trade publication.

via Natalie Portman to Play Jacqueline Kennedy in Jackie | TIME

The Parallax View: a JFK film that gets it right

From the Guardian.com, “The Parallax View: a JFK conspiracy film that gets it right.”

The Parallax View: a JFK film that gets it rightRead More »

Is the Single Bullet Theory ruining your sex life?

Is the Single Bullet Theory ruining your sex life?Read More »

Talking JFK in the online cafe

The JFK Assassination Books, Reviews and Discussion Facebook page is an amiable place to hang out thanks to David Rees Jones’s useful editorial rule: “We do not encourage comments on assassination theory unless as a direct result of reviewing the topic.”

This is a pace to ask people for recommendations about JFK books, movies and documentaries, and share your thoughts, all without getting into an argument. You can’t order your coffee from this page yet but presumably Zuckerberg’s minions are working on it. …