JFK Files Watch: Will the White House enforce the law?

The JFK Records Act mandates disclosure of virtually all of this material. The view of Judge John Tunheim is that this material can and should be released in full; we concur and share his disappointment that it did not happen by the statutory deadline. President Trump has expressed the view that only the names of living informants should be withheld from released JFK files after April 28, 2018. Our view is that the names of living informants should be disclosed as well, and in any case current withholding is far beyond that limited scope.

Judge Tunheim: I saw Oswald’s KGB file and it was five feet tall

Tunheim said he reviewed the file in Moscow in 1994 on behalf of the Assassination Records Review Board (ARRB), which declassified millions of pages of JFK documents in the 1990s.

“The KGB file stood five feet tall when you stacked all the boxes up,” Tunheim told a Washington press conference on Thursday.

At a Washington press conference Thursday, Judge John Tunheim called for the release of all the government’s files on the assassination of President John F. Kennedy later this year.

“It’s time to release them all,” Tunheim said. “There’s no real reason to protect this information.”

Some 3,500 JFK documents remain secret, according to the National Archives data base,

Returning to action: the JFK story in 2017 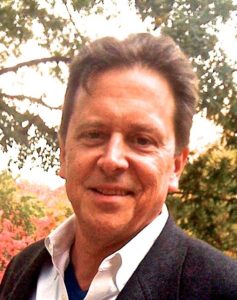 My vacation from the land of JFK is over. I haven’t written here in a couple of months and now I’m back. Please excuse my unauthorized absence. I’ve been busy.

I’m writing about the Trump administration for AlterNet, and that’s a yuge job.

I finished my next book, The Ghost: The Secret Life of CIA Spymaster James Jesus Angleton, and that was bigly too. (Look for this biographic thriller on Amazon/Powell’s and in bookstores in October.)

But I’d left some people high and dry. My friend Dwight said, Man, what’s up with the blog? Don’t stop now. So, with lots of JFK news coming, it is indeed time to start writing again.

You will be hearing from me on many things, including:

I was talking with John Newman the other day–about Angleton, the JFK Records Act, and Cuba–and he said, “I truly think we are in new territory in terms of understanding the case.”

I think that’s right. The challenge of 2017 is to tell the new JFK story in a lucid dispassionate way.

Returning to action: the JFK story in 2017Read More »

What the JFK review board recommended for 2017

Between 1994 and 1998, the Assassination Records Review Board (ARRB) reviewed and declassified millions of pages of JFK records, contributing immensely to the history of the JFK’s murder, his presidency, and the Cold War.

The board’s final report also laid down the law  to any government agency that wants to continue withholding JFK documents past October 26, 2017. …

What the JFK review board recommended for 2017Read More »