Up close and personal with David Ferrie

Rick Bauer, a reader in Florida, writes to tell of his personal experience in 1965-66 with David Ferrie, the New Orleans pilot who has been the target of JFK conspiracy speculation for decades.

“I am a graduate of Tulane University in 1966. In the fall of 1965 I commenced flight training paid for by the Department of Defense for students enrolled in various ROTC programs. I was a USN scholarship student at Tulane. My instructor was David Ferrie …. I knew Dave from Sept. 1965 until May of 1966. I passed my Private Pilot’s check ride on March 27, 1966.”

END_OF_DOCUMENT_TOKEN_TO_BE_REPLACED

RIP, Stephen Roy. You remind us of the immediacy. The Kennedy assassintion will either be relegated to history or it will remain in our consciousness as a cold case murder investigation. Our choice.

END_OF_DOCUMENT_TOKEN_TO_BE_REPLACED

Mr. Roy was the executive director of the Whitman-Hanson Community Access Television Studio for many years. Steve was an accomplished musician. He specialized in researching the JFK assassination and his contributions were recognized in over 13 books.

“Up close and personal with David Ferrie” is the kind of original JFK Facts reporting that JFK conspiracy sites and mainstream news organizations simply do not do. If you want more such reporting with new information, photos and facts, donate here.

Rick Bauer shared his memories of David Ferrie, a man who has been the object of JFK conspiracy speculation for decades.

Last week’s post about the possibility of NSA targeting JFK Web sites for “cognitive infiltration”–and the NSA’s refusal to respond to questioning–was the most popular story of the week, followed closely by Rick Bauer’s recollections of his friend David Ferrie.

And the winners are:

END_OF_DOCUMENT_TOKEN_TO_BE_REPLACED

Rick Bauer’s recollections of David Ferrie may prompt readers to ask, how does Ferrie figure in the JFK story? Jim DiEugenio explains in this video from Len Osanic’s “50 Reasons for 50 Years.”

“Many witnesses saw Oswald with Bannister or Ferrie in the summer of 1963,” DiEugenio says.

If you know who these witnesses were, send info, documents, and/or links to JFK Facts. 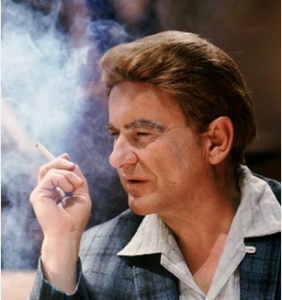 Facebook reminds me of one of the pleasures of Oliver Stone’s JFK: brilliant actors in complex roles.

Case in point: Joe Pesci as David Ferrie, the very weird New Orleans pilot who flitted in and out of the JFK assassination.

JFK Facts has obtained a never-before published photo of Ferrie that I will post soon.

JFK edited (or the importance of cutting the crap)

In a post-script to his Q&A interview with JFK Facts, Anthony Summers talks about another important feature of  his book, “Not in Your Lifetime“: what he deleted from the previous edition.