What did the witnesses in Dealey Plaza say?

This compilation of the statement of 216 witnesses to JFK ‘s assassination, is the most comprehensive and authoritative available on the Web. Accept no substitutes!

What did the witnesses in Dealey Plaza say?Read More »

Allen Dulles in the shadows of the Cold War

Talbot writes, “Like many convicted Nazi criminals in the early Cold War years, a number of the Nuremberg defendants sentenced to prison were later the beneficiaries of politically motivated interventions and early releases; few of the many thousand convicted Nazis were still in prison after 1953. A number of those interventions on behalf of fortunate war criminals could be traced to the quiet stratagems of Allen Dulles.”

Source: From the Shadows of the Cold War: the Rise of the CIA

Is the Single Bullet Theory plausible?

A middle-schooler in Birmingham, Alabama, writing a paper for English class, recently asked me for my thoughts on the famous Single Bullet Theory,  the keystone of the official theory of the Lone Gunman.

I referred him to the most balanced and concise appraisal on the Web, which is found on the 22 November 1963 site: The JFK Assassination Single-Bullet Theory Explained. 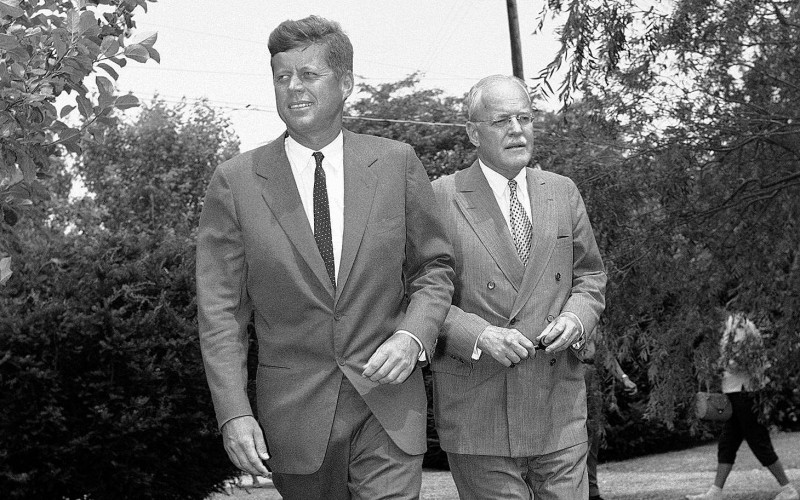 What’s the best recent book about the JFK assassination?

By recent I mean published for the first time in the last 10 years.

We took this poll when JFK Facts launched last year but I discovered at least thirty percent of respondents preferred sites that I had not listed as choices.
So I have revised the choices.
Don’t worry if you voted before. Please vote again.

Where were you when JFK was shot?