I spoke about JFK’s assassination on SPAN’s Washington Journal program on Dec. 20, 2021.

The spymaster on November 22

“Richard Helms disliked the term spymaster, but no other word captures his extraordinary—and invisible—position in the wake of Kennedy’s assassination. The deputy director had one hand-picked case officer in Miami, George Joannides, running the AMSPELL network, which was generating headlines across the country and around the world that Kennedy had been killed by a communist

The spymaster on November 22Read More »

[Excerpted from Scorpions’ Dance: The President, the Spymaster and Watergate (St Martin’s Press, 2022)]

“At ten past six that evening, Miami station chief Ted Shackley sent a cable to Des Fitzgerald with a copy going to Helms’ office. The station had heard from Luis Fernandez Rocha, the secretary general of the Cuban Student Directorate, whom Helms had grilled in his office almost exactly one year before. The DRE boys said they knew all about the suspected assassin.

President Kennedy’s speech to the graduating class of American University in Washington DC on June 10, 1963, represented the beginning of his “strategy for peace”  to wind down the Cold War. His bold proposal for a joint U.S.-Soviet moon flight was part of this strategy. 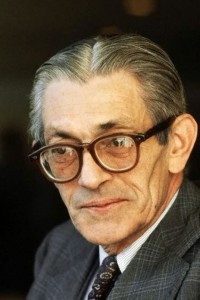 “For some time I have been disturbed   by  the way the CIA has been diverted  from its original assignment,” wrote   former president Harry Truman in the  Washington Post on December 22, 1963. It was exactly one month after the assassination of President Kennedy.

There were warnings in the fall of 1963 that President Kennedy’s life was in danger. JFK was hated by the political right for his increasingly forthright defense of peace and civil rights.

An undercover policer officer in Florida was canvassing his sources when he heard talk of a plot. And the details were specific.

Was JFK going to make peace with Cuba?

On November 5, 1963, President Kennedy was exploring the idea. You can hear JFK talking about it with aides on this White House tape recording. (The substantive conversation starts at :25 in the recording.) 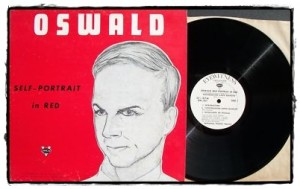 Did you know that Simon & Garfunkel’s “The Sound of Silence” was a response to JFK’s assassination? I didn’t.

‘Concerning the Facts and Consequences of the Tragic Death of President John F. Kennedy’

‘Concerning the Facts and Consequences of the Tragic Death of President John F. Kennedy’Read More »

What happened when Oswald was arrested?

In a 2013 essay for Time magazine,the late Gary Mack wrote about this photo of Oswald’s. The photo is interesting but the editorial treatment is fascinating …

What happened when Oswald was arrested?Read More »