We know there’s a lot of information about JFK’s assassination that remains classified in CIA files.

We know from ten years of hard experience that the courts defer to the CIA and other national security agencies.

How to free the files? With Operation Secure Drop.

END_OF_DOCUMENT_TOKEN_TO_BE_REPLACED

Mission creep of the secrecy system: Even behind bars, CIA whistleblower faces retaliation 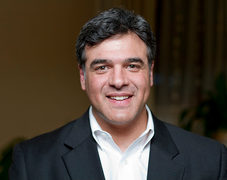 Not content with punishing Kiriakou for violating the Intelligence Identities Protection Act, the Bureau of Prisons seeks to stifle his First Amendment rights, reports Kevin Gosztola at Firedoglake.

Kiriakous’s communications with the world at large are not illegal or improper and still the government seeks to take coercive action against him, even as he pays his debt to society. For the U.S secrecy regime, the enforcement of secrecy laws is necessary but not sufficient. Discussion of the propriety of the secrecy regime is also punished by official action.

This is the secrecy system’s version of “mission creep.” END_OF_DOCUMENT_TOKEN_TO_BE_REPLACED