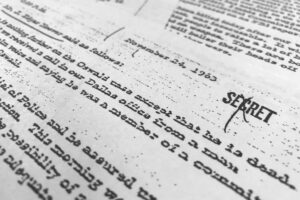 Who was that with Oswald (since it wasn’t Ted Cruz’s dad)?

In an incisive piece in Washington Decoded, Tim Brennan contributes some useful details to understanding the photograph that Donald Trump used to falsely and absurdly accuse Ted Cruz’s father of involvement in the assassination of President Kennedy.

Forget about the Trumpian BS, says Brennan, and focus on the known facts.

Who was that with Oswald (since it wasn’t Ted Cruz’s dad)?Read More »

In Washington Decoded, David Barrett questions the sourcing of a passage regarding CIA director Walter Bedell Smith in The Arrogance of Power, my biography of Richard Nixon. He further refers to that book as being “replete with badly-sourced stories.” …

Another gambit on ‘The Devil’s Chessboard’ 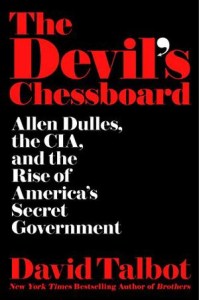 The headline of the Washington Decoded review,  Who Needs Soviet Propaganda? gives fair warning to the faint-hearted reader that a polemical bog lies ahead. Beyond this billboard, you will find a review enshrouded with disdain, intent on score-settling, and (per the headline) determined to wage Cold War. This is ancient turf haunted by huffy men, Proceed with caution.

[But first, buy “The Devil’s Chessboard,” by David Talbot.]

Another gambit on ‘The Devil’s Chessboard’Read More »