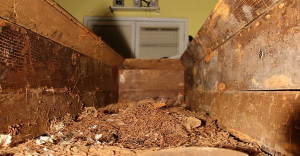 Where the accused assassin was laid to rest.

The global coverage of the sad story of Lee Harvey Oswald’s brother suing Baumgardner funeral home for his brother’s coffin demonstrates the enduring public interest in the smallest details of the JFK story.

While custodians of the conventional wisdom in the U.S. media turn up their noses at such fare, the UK’s Daily Mail uses the story to float the notion that Oswald was “in fact a covert U.S. intelligence agent,” a proposition for which there is a good deal of circumstantial evidence.