What I learned from a new JFK Web site 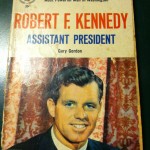 What I learned from a new JFK Web siteRead More »