May 13, 2014jeffmorleyAssassination, From the Files15 comments 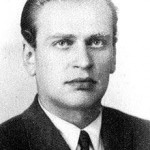 Yuri Nosenko was an officer in the Soviet KGB who defected to the United States in April 1964, shortly after the assassination of JFK. Nosenko said that he had seen the files that the KGB compiled on accused assassin Lee Harvey Oswald in his two and a half year residence in the Soviet Union between 1959 and 1962. The Soviet intelligence service had not recruited or used him as an agent, Nosenko said.

Deputy CIA Director Richard Helms told Chief Justice Earl Warren that he could not vouch for the accuracy of Nosenko’s claims exculpating the KGB. This left open the possibility that Nosenko was a false defector sent by the Soviet Union to obscure its role in JFK’s assassination.

END_OF_DOCUMENT_TOKEN_TO_BE_REPLACED

Bagley was the CIA handler of Yuri Nosenko, a KGB officer who defected to the United States with information about accused presidential assassin Lee Harvery Oswald.

Fifty years later, the CIA’s files on Nosenko’s interrogation are among the Top 7 JFK files that the CIA still keeps secret.