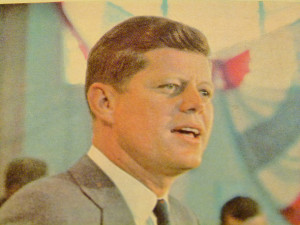 Last week’s post about the possibility of NSA targeting JFK Web sites for “cognitive infiltration”–and the NSA’s refusal to respond to questioning–was the most popular story of the week, followed closely by Rick Bauer’s recollections of his friend David Ferrie.

And the winners are:

Why is Tague’s testimony “key”? 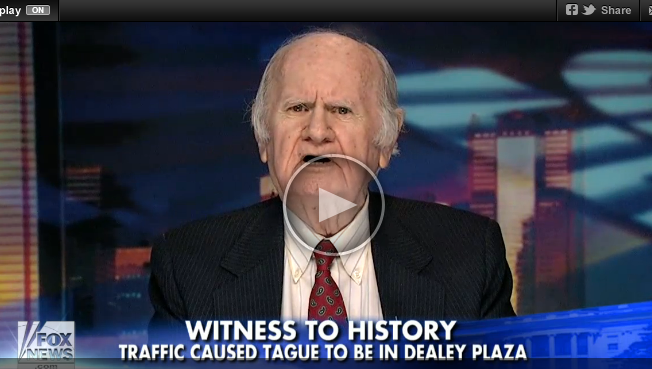 In the Daily Caller, Roger Stone highlights the impending weirdness of the commemoration of the 50th anniversary of JFK’s assassination in Dallas: Where gunfire took the president’s life, let’s banish all evidence of gunfire.

On December 9, the FBI completed its five-volume report on JFK’s assassination. The 400-page report was long on Lee Harvey Oswald’s background and the evidence tying Oswald to the shooting, and notably short on evidence regarding the assassination itself. Regarding the basic account of the shooting, Warren Commissioner Hale Boggs after reading it remarked, “There’s nothing in there about Governor Connally.”

Boggs’ statement was not literally true, but the lack of explanation of the basic evidence of the shooting was really even worse –for example, the FBI Report never once mentioned Kennedy’s throat wound, the one which Parkland Hospital doctors had called a wound of entrance. The FBI’s “three shots, three hits” scenario ignored the throad wound, and also failed acknowledge the wounding of bystander James Tague. A report that failed to mention all of the victims’ wounds had credibility problems from the start.
…