The incubus of intervention: JFK vs. Dulles 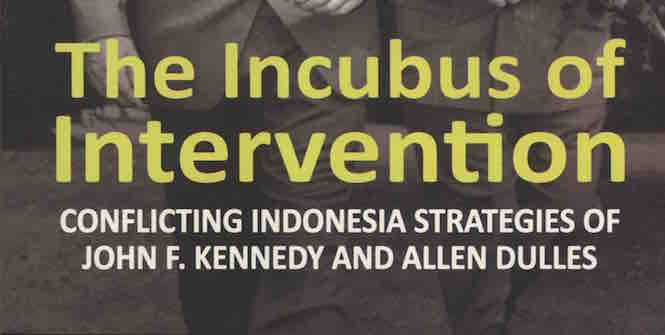 Poulgrain questions how history would have unfolded if the US had not trained the Indonesian military to be a pro-Western ‘state within a state’. This action paved the way for the brutal Suharto regime which unleashed the bloody anti-communist purges of 1965-66.  Moreover, he asks the intriguing question of what would have happened if Kennedy had dodged the assassin’s bullet and survived to implement his alternative strategy to use massive civic aid to bring the archipelago into the Western camp