Allen Dulles and the conspiratorial mindset of the American media 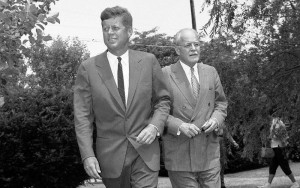 Two JFK corrections for the Internet

Joe Giambrone got some things right and some things wrong in his dispatch last November about my JFK reporting: Where There’s Smoke There’s Fire | Political Film Blog  …

“Now anybody, anywhere can get access to the original record of the assassination, or most of it,” Morley said. “That has never been true over the past 50 years and it’s only started to be true recently. It’s only going to become more true as time passes.”