Dawn of 1964 had a melancholy feeling and a message 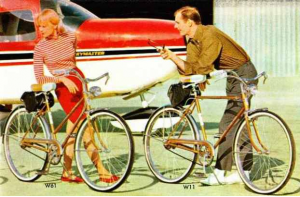 “Christmas and New Year’s Eve, 50 years ago, was one of mixed emotions in the wake of President John F. Kennedy’s assassination on Nov. 22, 1963,” writes Tom Hintgen in the The Fergus Falls Daily Journal in Minnesota. “Still, Americans looked forward to ushering in the new year of 1964.”

“During the holidays in 1963 there were no video games, no CDs and no games to be played on a personal computer. But there were train sets, footballs and Schwinn bicycles, given as Christmas gifts. Kids in 1963 also longed for pogo sticks and even a few hula hoops left over from the Eisenhower years of the 1950s.” …

Dawn of 1964 had a melancholy feeling and a messageRead More »