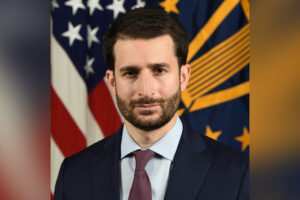 Bryan Bender of POLITICO profiles Ezra Cohen, the chair of the Public Interest Declassification Board, which this week called for maximum transparency around secret JFK assassination files.

Ezra Cohen, appointed by President Trump, gets positive reviews from one Democratic congressman on the board, which advises the president on declassification issues.