Available today: ‘A Coup in Camelot’

“Narrated by Emmy award-winning actor Peter Coyote, directed/produced by Stephen Goetsch and written/produced by Art Van Kampen, A Coup in Camelotis a powerful examination of compelling new research, exclusive interviews and critical analysis by the top medical, forensic and research experts in the country.”

Source: A COUP IN CAMELOT, JFK DOCUMENTARY, AVAILABLE ON  iTUNES AND OTHER DIGITAL PLATFORMS – 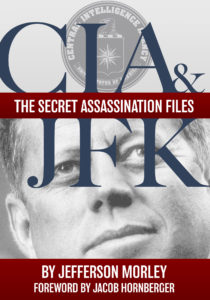 A talk with Jacob Hornberger on JFK secrecy

I recently enjoyed speaking with Jacob Hornberger about the secrecy surrounding thousands of JFK assassination records on his DIY talk show “The Libertarian Angle.”

A talk with Jacob Hornberger on JFK secrecyRead More »

Two JFK books published by The Future of Freedom Foundation are doing well on Amazon, indicative of the persistent demand for a credible explanation of the Dallas tragedy. …

A libertarian’s take on the JFK medical evidence

“I have over sixty books on the assassination and the Kennedys but this video series nevertheless blew me away and caused me to marvel at the in-depth meticulous research of [Doug] Horne and the mind-boggling audacity of the conspirators behind the cover-up,” writes Charles Burris on LewRockwell.com.

Would the JFK medical evidence be admissible in a court of law?

No, says Douglas Horne, former analyst for the Assassination Records Review Board (ARRB).

He explains why in this piece: The Key to Understanding the JFK Assassination Is Appreciating That There Is “Fraud in the Evidence” – Hubub.