Don DeLillo has a JFK question 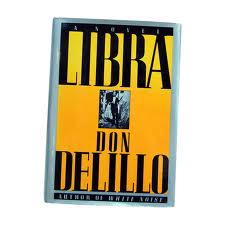 They run a tight ship at the book signing area of the National Book Festival, which took place over the weekend in Washington D.C. Fans of the written word converged in the thousands on the National Mall over two days to take in dozens of authors — from a variety of genres — talking about their latest offerings. After the presentations, readers lined up to get their books signed.

Chief among the high profile authors was novelist Don Delillo, who was also honored with the inaugural Library of Congress Prize for American Fiction last weekend.

Included in Delillo’s pantheon is “Libra,” his absorbing meditation on a possible scenario that culminated in the assassination of John F. Kennedy. It was, Delillo wrote, “the seven seconds that broke the back of the American century.”