Comedian Trevor Moore has died at age 41. As this bit shows, Moore was a satirist of assassination, depicting ominous events as buffoonery, to make fun of the powerful and our media obsessions. Moore is correct that George H.W. Bush was social friends with the family of John Hinckley, the man who shot and wounded President Ronald Reagan in 1981. As Moore says in one of this thought bubbles, “Awkward!” Moore makes one factual mistake. George H. Bush was in Dallas on November 22, 1963 and he had a friendly cooperative relationship with the CIA. But it’s not accurate to say Bush was “working for the CIA” that day. He was not employed by the CIA at the time. Also: there’s no evidence that Bush was complicit or involved in Kennedy’s assassination.

Along with Rolf Mowatt-Larsen, John Newman and Dick Russell, I was interviewed extensively for this two-part show on NHK Prime, a prime-time magazine show on Japan’s public television network. Here’s how NHK presents its latest JFK story.

What were JFK’s two greatest speeches?

President Kennedy’s speech to the graduating class of American University in Washington DC on June 10, 1963, represented the beginning of his “strategy for peace”  to wind down the Cold War. His bold proposal for a joint U.S.-Soviet moon flight was part of this strategy. Kennedy’s vigorous style and clear mind never had a more important goal — or more powerful enemies.

Maybe its his Nobel Prize but Dylan seems immune to the normally outspoken camp of JFK anti-conspiracy theorists. Rather his 17-minute rumination of the assassination of President Kennedy has attracted 2.6 million views while impressing critics and scholars of the case. A sampling: 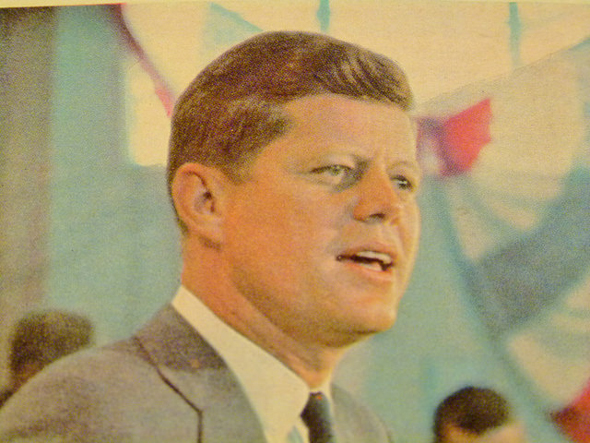 From America’s greatest living poet, a low-key rumination on the meaning of November 22, 1963. Dylan joins Robert Kennedy, Jackie Kennedy, Lyndon Johnson, Charles DeGaulle, Fidel Castro and a majority of Americans in believing JFK was killed by political enemies. Or you can listen to the warbling of Chris Matthews. Dylan illuminates two things brilliantly, I think: