DId the CIA destroy an Oswald tape?

Probably.  A  tape recording of man identifying himself as Oswald was probably destroyed in January 1986. This question, prompted by a comment from reader JSA, is a natural follow up to the question, “Did the CIA track Oswald before JFK was killed?”

Some thing the tape may still exist but I think the evidence suggests otherwise. What is certain is that contrary to the false claims of the CIA, the tape existed after November 22, 1963.
The revelation of the existence and subsequent destruction of the Oswald tape belongs on the short list of the most significant JFK discoveries of recent years. The CIA’s actions lend credence to a notion that someone impersonated Oswald in Mexico City seven weeks before JFK was killed. That will sound fantastic to some but, again, there is a lot of evidence to support it.

The facts are these:

In January 1964, the CIA told the Warren Commission that an Agency wiretap had captured someone named Oswald calling the Russian Embassy in Mexico City on October 1, 1963. The CIA station in Mexico City made a transcript of the tape which was then “routinely” erased after two weeks, CIA’s Richard Helms said.  Thus when JFK was killed, the CIA claimed it had a transcript of Oswald’s phone calls but no actual tapes.

Source #1: On the morning after the assassination, FBI director J. Edgar Hoover told President Johnson about the Mexico City tapes. 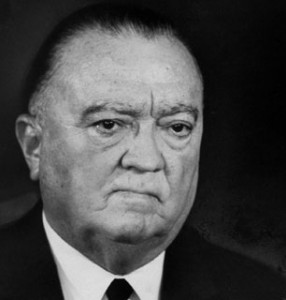 FBI Director J. Edgar Hoover: “We have .. the tape”

“We have up here the tape and the photograph of the man who was at the Soviet embassy, using Oswald’s name. That picture and the tape do not correspond to this man’s voice, nor to his appearance.”

“Did this amazing discovery of an Oswald imposter, caught on tapped phone lines, launch the greatest manhunt in history? No, instead within 48 hours the entire story had been buried. The tape of the Johnson-Hoover call quoted from above has itself been erased; only a contemporaneous transcript remains.”

Source #2: In 1978, John Whitten, the chief of the CIA’s Mexico desk and a rare hero in the JFK story, told the House Select Committee on Assassinations about the Mexico City station’s search for the Oswald tapes after JFK was killed.

“Were they able to locate the original tapes?” asked an HSCA attorney. “I think so,” Whitten said.

Source #3: The existence of the Oswald tape remained a matter of speculation until 1993 when former Warren Commission staff attorneys David Slawson and William Coleman told author Anthony Summers that Mexico City station chief Win Scott had played the Oswald tape for them during their visit to Mexico City in April 1964.

(Summers explains how he got the story in this video from Mary Ferrell Foundation.) 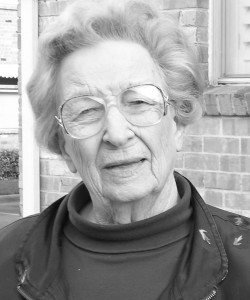 Source #4: Anne Goodpasture, former career CIA officer who worked closely with Scott, told me in a lengthy interview in 2005 that a duplicate tape of the Oswald conversation had been made before the master tape was erased. This duplicate tape existed after JFK was dead, she said, adding that she thought Scott had “squirreled it away in his safe.”

Goodpasture’s account is especially credible because she said the same thing in a sworn deposition for the Assassination Records Review Board in 1995.

Why does it matter?

The existence of the Oswald tape was important because a voice comparison of the tape with other recordings of Oswald would have resolved whether Oswald was impersonated in Mexico City, as Hoover suggested to LBJ and as Bill Simplich argues in his new book State Secret.

And if it was ever proven that Oswald was impersonated in Mexico City, the case for a JFK assassination conspiracy would be strengthened.

What happened to the tape?

Fourteen years later, in 1985, Scott’s son Michael filed a Freedom of Information Act (FOIA) request for his father’s papers. When that failed, he sued the CIA. That lawsuit eventually yielded an inventory of the property seized, including the contents of his father’s safe. The inventory said that the safe contained tape recordings, lending credence to Anne Goodpasture’s testimony that Scott had “squirreled [the tape] away in his safe.”

When Michael Scott settled the lawsuit years later, the documents he obtained included a CIA “records destruction” order, which showed that the contents of the safe had been destroyed in January 1986, a few months after he had filed his original FOIA request.

As I wrote in the conclusion of Our Man in Mexico (p. 292), “The CIA found material evidence related to Kennedy’ assassination in Win Scott’s home office, hid that evidence from all official investigations over the course of twenty four years, and then, when Michael Scott, started asking for his father’s effects, destroyed it.”

Rex Bradford on “The 14 Minute Gap” and the erasure of the recording of the November 23, 1963 conversation between President Johnson and J. Edgar Hoover. Background: Mary Ferrell Foundation on the Mexico City tapes.