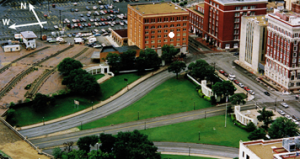 The City of Dallas is now distributing tickets online to an invitation-only event at the scene of the assassination of President Kennedy on November 22, 2013. More than half of the 5,000 tickets will go to residents of the Dallas-Fort Worth area.

As Dallas Observer columnist Jim Schutze has reported, city officials unfamilar with the U.S. Constitution seem intent on banning any mention of the causes of JFK’s death during the commemoration of his death. One of the event planners says she wants an “uplifting” experience on the spot where the president was killed.

The people who care the most about JFK’s life and death should attend.