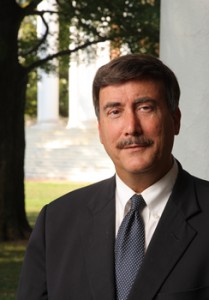 Most mainstream political commentators from Rachel Maddow on the left to Bill O’Reilly on the right have embraced the official theory of the assassination of JFK. Others have shied from the complexities and controversies of the subject.

Not Larry Sabato, a professor of political science at the University of Virginia and a prolific pundit with reliably moderate politics. His new book, The Kennedy Half Century: The Presidency, Assassination, and Lasting Legacy of John F. Kennedy, will be published next month.

In an interview with the University of Virginia Magazine Sabato promises he has something new to say about November 22, 1963.

Excerpts from the Q&A interview with Sean Lyons:

Q. There have been dozens, if not hundreds, of books written about John Kennedy. Why would anybody bother reading anything more about him? What’s different about this book?

Sabato: “This is a totally different Kennedy book. It is not fundamentally about his administration or the assassination. It’s about the 50 years since the assassination. It examines the concept of legacy: what is it, how it applies to public office, how it is used to produce power for succeeding presidents. It looks at how presidents since Kennedy used his words and deeds to achieve their own goals.

“Legacy is life after death, and that’s what people have ignored when it comes to Kennedy. The more powerful your legacy is, and the longer it lasts, the more life you have. And there is no one—no one—in modern American history who has had more life after death than Kennedy. He’s the only president in American history that really translates well into the 21st century.

Q. A good chunk of the book focuses on the assassination and some of the related conspiracies, which have been covered a thousand times over. What could you possibly add to that debate?

Sabato: “Academics are steeped in the scientific method, and that can help in some new ways. It isn’t enough just to have a theory of some sort, with bits and pieces of evidence and conjecture thrown together. And with that phrase, I have just described most books on the assassination.

“You’re going to discover that our findings are quite different—and have some well-documented novel twists. But why bother to investigate it again at all? Because this is still an open wound, even after 50 years. A large majority of Americans does not believe the government has told the truth. The Warren Commission is part of the foundation of our modern cynicism, and it must be addressed. So we go through the assassination trail, I think, in a way that will give people a new perspective.”

You can pre-order the book on Amazon here.