Deprecated: Function Elementor\DB::is_built_with_elementor is deprecated since version 3.2.0! Use Plugin::$instance->documents->get( $post_id )->is_built_with_elementor() instead. in /home/cnw9flf6e/public_html/wp-includes/functions.php on line 5379
 'Reclaiming Parkland': the story behind the flop > JFK Facts Skip to content 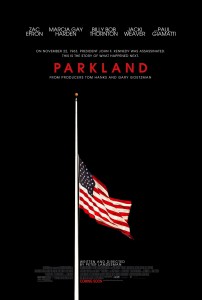 “Reclaiming Parkland describes Tom Hanks’s failed attempt to adapt Vincent Bugliosi’s massive book Reclaiming History into a mini-series. It also exposes the origins of that book in a dubious mock trial. Included is a withering critique of Bugliosi’s inflated book. The author examines an early draft of the film ‘Parkland,’ the CIA’s influence in Hollywood today, Hanks’s closeness to Washington, and the actor’s spurious claim of being a historian. Also included is the author’s unsuccessful attempt to stop Leonardo DiCaprio from making a film out of Legacy of Secrecy.”

You can order the book on Amazon.com.

12 thoughts on “‘Reclaiming Parkland’: the story behind the flop”