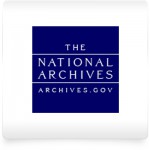 Join the more than 2,800 people who have signed a petition calling on the Obama administration to do its job

and enforce the JFK Records Act.

Thanks to the National Archives, we know specific details about these records which indicate they are historically significant. Writing in Salon in 2012,I described these files as “the Holy Grail” of JFK researchers.

Along with the still-censored files of George Joannides, these records will likely shed light on CIA’s role in the events leading to JFK’s death.